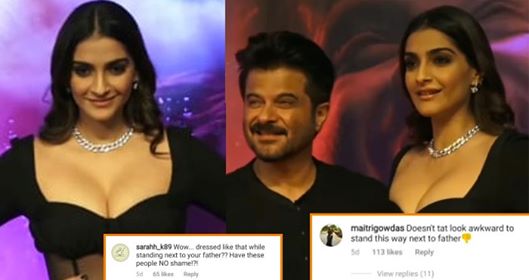 The year hasn’t really started too well for the Bollywood actresses, who are being targetted by trolls for their outfits. Recently, Priyanka Chopra was at the receiving end of trolling and criticism by netizens for her Grammy Awards’ Outfit, which featured a plunging neck-line. Now the trolls have found their next target in Sonam Kapoor for her outfit.

Recently, Sonam Kapoor attended the premiere of her father Anil Kapoor’s recently released movie Malang in a beautiful all-black corset dress. She completed her look with a diamond-encrusted chain necklace and gorgeous diamond earrings to match.

The actress gave some serious fashion goals, however, it was the stunning deep sweetheart neckline that stole all the limelight on social media. Though the look was loved by almost all the fashion lovers in the country, however, the look didn’t go down well with many and the neckline invited unwanted trolling.

Here, check out some of her pictures and videos in that outfit:

She was majorly trolled for wearing this dress in front of her father and posing with him for pictures. Netizens trolled her badly for the same. Here check out how netizens were calling her out for wearing that outfit:

However, there were many sensible people as well, who defended her and slammed the trolls for passing unnecessary comments on the actress. 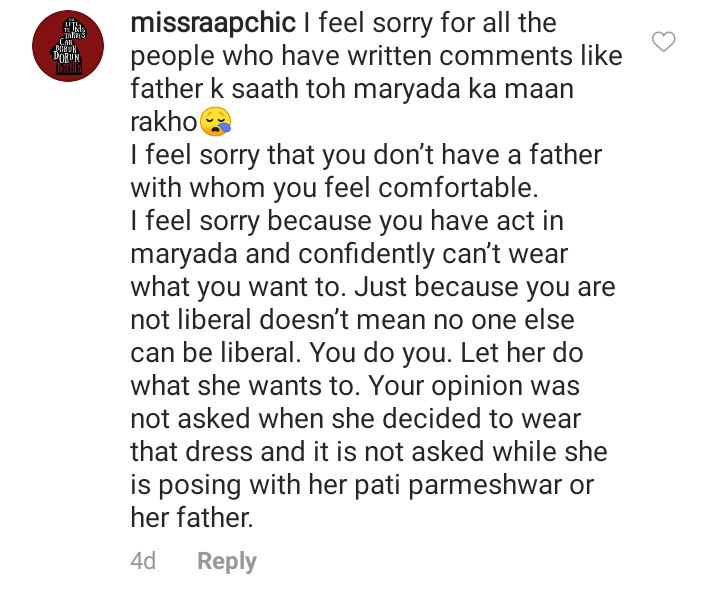 Besides Sonam Kapoor, the Malang screening was attended by Katrina Kaif, Huma Qureshi, Tiger Shroff, Rakul Preet and Kriti Kharbanda amongst others.

Anil Kapoor starer Malang has been doing well at the box-office The reviews of the movie are raving. Apart from Anil Kapoor, the movie also stars Disha Patani, Aditya Roy Kapur, and Kunal Khemmu in lead roles.