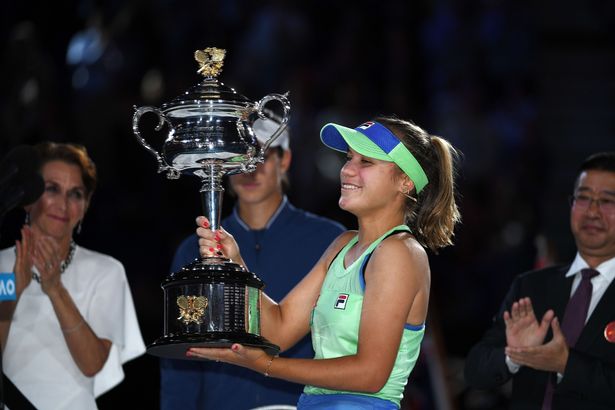 Following in the footsteps of Naomi Osaka, Ashleigh Barty and Bianca Andreescu, American Kenin produced a brilliant performance in her first grand slam final, coming from a set down to win 4-6 6-2 6-2.

A child prodigy who had remained surprisingly under the radar despite beating Serena Williams at the French Open last year, Kenin has quickly built a reputation for intelligence and feistiness.

She appeared to relish being booed by the crowd during that victory over Williams in Paris, and greeted the biggest moments in this match as if she was insulted by them.

The five points she played to hold serve from 0-40 at 2-2 in the deciding set were not just the key to the match but a demonstration of a very special talent and mentality.

Kenin’s father and coach, Alex, who moved the family to America from Russia when his daughter was a baby to give her a better life, could barely watch as the finish line approached.

But it was Muguruza who faltered, a double fault on Kenin’s second match point handing the stunned American victory.

Muguruza had been hoping to win her third slam title having emerged from the wilderness under the guidance again of Conchita Martinez, with whom she lifted the Wimbledon title in 2017.

But she could find no way to disrupt Kenin’s march to the title, and a new position as the leading American in the rankings. 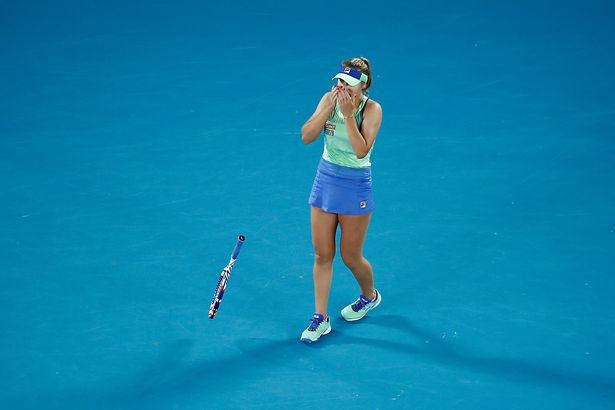 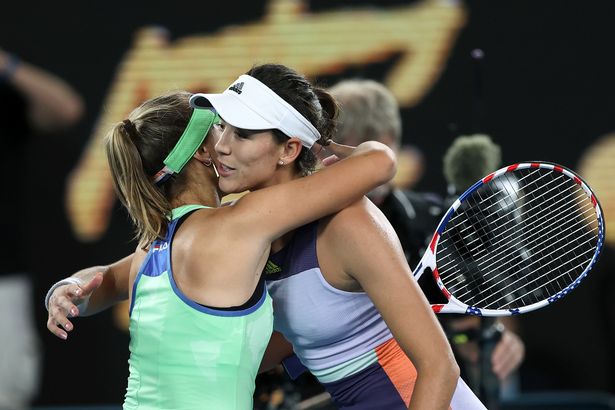 Given Kenin’s feistiness and her cool attitude in victories over Coco Gauff and Ashleigh Barty, when she had the crowd significantly against her, there seemed little chance she would be overawed.

It was indeed a strong start from the American but Muguruza possesses the sort of firepower that can overwhelm an opponent and she pressed forward to break for a 2-1 lead.

The surprise should not really have been that the Spaniard was back in a slam final but that she had dropped away so significantly that she was not even seeded here.

She continued to put pressure on the weaker Kenin serve, creating four break points for a double break at 2-4, only for the American to stand firm. 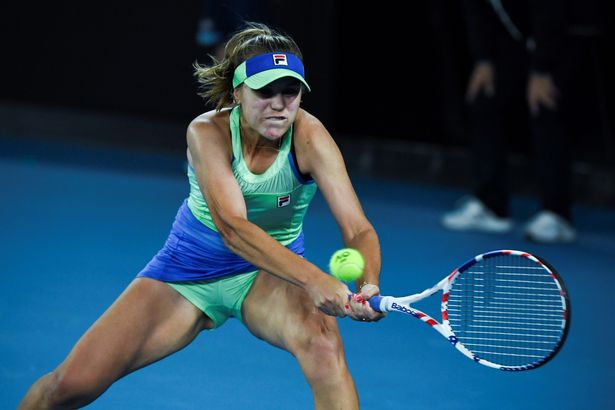 Moments later they were back on serve as Muguruza ended her first loose game with back-to-back double faults, but the 26-year-old has not allowed such missteps to affect her this fortnight and so it proved again.

She attacked the net with renewed vigour, not giving Kenin time and space to construct points, and broke again immediately before serving out the set and letting out a huge roar.

Muguruza would have known that Kenin was unlikely to go away, and the youngster treated losing the set as something of an indignity.

She pounced on a loss of rhythm from her opponent to break for 3-1 and, when she held for 5-2, Kenin strutted back to her seat after dismissively bouncing away a spare ball.