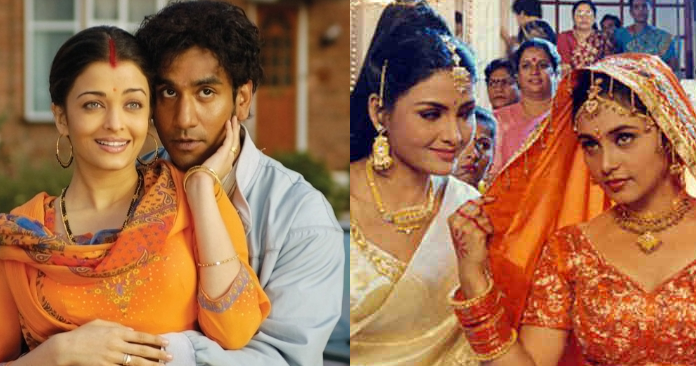 Hello Readers! Welcome to Desi Humor. Bollywood is not always about romance, love stories, and happy endings. Sometimes it brings out real-life truths and issues that we tend to ignore, it is true when people say that films reflect the actual truth embedded in our society. From domestic violence to the inequality faced by women, filmmakers have always tried their best to pick out such issues that affect us indirectly or directly. For many years our filmmakers have tried to bring up the risk covering the issue of marital rape and domestic violence through several films with leading actresses. But still, after so many tries the transformation we’ve been wanting to see is missing.

So let’s take a look at such Bollywood movies that have successfully highlighted this issue for the past many years.

This Jag Mundhra’s film really brought out the issue of physical and psychological abuse in the most brilliant way. This film was based on the life of Kiranjit Ahluwalia who married a guy from London, but soon enough their marriage turned upside down when her husband started abusing her mentally and physically. She then unintentionally kills her husband by setting him on fire after 10 years of marriage, which is why she ends up in prison and was sentenced to life imprisonment. But soon after making some friends in her cell, her case gets more attention and ultimately she comes out free with the help of her cellmates and massive public support.

This movie stars Rani Mukherji and Faraaz Khan in leading roles and is about an innocent middle-class girl named Pooja who marries a guy named Niranjan unaware of the fact that how vicious her in-laws are. This movie reveals the whole dowry circle of society and shows how girls like Pooja are treated when the dowry is not received. In the entire film, Pooja’s family is tormented for not giving dowry and so she decides to fight back. She also gets pregnant during this time but ultimately she loses her child due to all the ill-treatment. She also seeks divorce but her father gets killed in the court by her sister-in-law, so she decided to take the matter in her own hands and teaches them a lesson. In the end, her husband also dies and his family realizes their mistakes and accepts her after apologizing to her for everything.

This was Rani Mukherji’s first and also one of her best films. This movie is about a man who rapes a girl in revenge for a slap. This matter is then taken to the court but instead, the law turned against her and she gets married to her own rapist as a settlement for everything that happened to her. Eventually, they get married and she is then trapped in an unfavorable situation where she has to be in the same room as him. The girl faces endless accusations and battles to sustain herself and also her marriage every day. Her in-laws plot her murder when they can’t throw her out of the house but ultimately the couple mends their marriage and she gets her happy ending she deserved.

Yet another story which portrays the struggle of every woman who faces violence in the hands of her own husband. This movie shows the story of Aarti who is an extremely sweet and innocent woman who falls for a wicked man named Sanjay. They get married and soon when she thinks that her life is going great, her husband pushes her in front of a crocodile in an attempt of killing her. After thinking that she’s dead, he takes over her property and starts a new life. But Aarti manages to survive this accident and starts planning her revenge. In no time she gains publicity after becoming a celebrity and teaches her husband a lesson and also takes stand for every woman who faces the same problem as hers.

Daman revolves around the story of a poor girl named Durga who is married to a sadistic man named Sanjay Saikia. But soon after their marriage, Sanjay starts torturing Durga to such an extent that he assaults her physically. Durga then gets pregnant and gives birth to a girl, but her husband shuns that child by saying that the child is a product of Durga’s affair with a man named Sunil who was just his well-wisher. Durga after reaching her saturation point elopes with her daughter thinking to have a better life. But her husband finds them out and ultimately she takes an extreme step and kills him in the end.

Thappad is an upcoming film that tells the story of a woman named Amrita whose so-called perfect and happy life gets shattered when her husband mistreats her in a party and slaps her in front of everyone. She then decides to stand for herself after this mistreatment and even when she gets questioned for going against her husband for just one slap, she doesn’t give up till she gets her justified answer and respect. This movie will teach us about self-love and self-respect which every woman must stand for because facing violence shouldn’t be a choice.