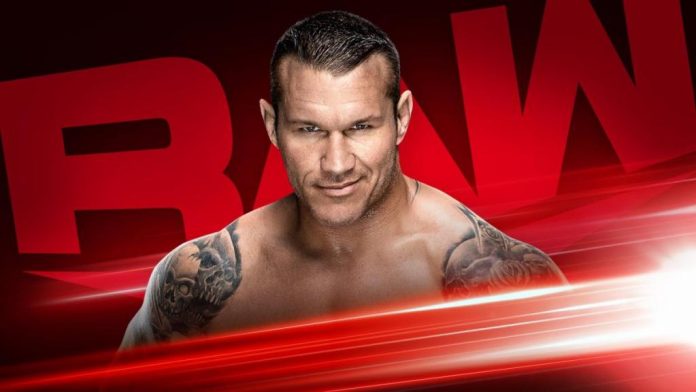 Tonight, in the With Spandex WWE Raw open discussion thread:

The Viper has some explaining to do.

Randy Orton shocked the WWE Universe last week on Raw with his ruthless attack on Edge, stunning even those keenly familiar with his often-treacherous track record.

Now, the 13-time World Champion will be back on Raw this Monday to address those actions. Tune in to Raw this Monday night to see if Orton chooses to be contrite or stands by the heinous assault of his former tag team partner. (via WWE.com)

We hope Orton’s entire explanation is just, “I’m Randy Orton. Honestly, what did you think I was gonna do? Do you guys watch the show at all?”

Tonight’s Raw could be affected by “severe winter weather,” which could lead to (at best) one of those great Raws were WWE’s forced to call an audible and not overthink everything, leading to a much better product. Or, you know, it could just be a normal Raw, but colder.

As always, +1 your favorite comments from tonight’s open thread and give them a thumbs up and we’ll include 10 of the best in tomorrow’s Best and Worst of Raw column. Make sure to flip your comments to “newest” in the drop down menu under “discussion,” and enjoy the show!