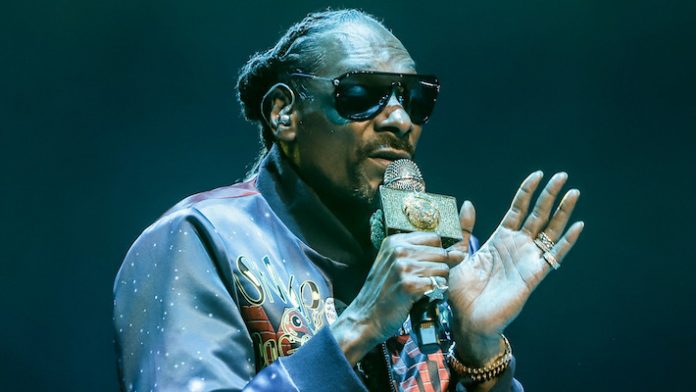 In a new preview of this week’s upcoming episode of Red Table Talk, Snoop Dogg explains his controversial comments about Gayle King to hosts Jada Pinkett Smith and Jada’s mom Adrienne Banfield-Jones. In the clip, Snoop explains why he accepted an invitation to the Red Table Talk show to clear up his incendiary remarks, saying: “I wanted to make sure that what I said was said the right way.” Although he previously admitted that his comments about King came off more disrespectfully than he would have liked, his intention was always “to make sure that the message was across that we love Kobe and be respectful of Vanessa and those kids.”

Snoop’s comments sparked a backlash when he posted a video to Instagram reacting to King’s interview with WNBA star Lisa Leslie in which he called King a “bitch” for bringing up Bryant’s 2003 sexual assault case. During the interview, King wondered whether that case tarnished Bryant’s legacy at all in the wake of the NBA star’s sudden death in a helicopter crash. King, meanwhile, was upset with her employer CBS for excerpting the clip from the interview and removing context. The interview drew the ire of Bryant’s more hyperactive fans, who took it upon themselves to defend the star. Snoop eventually apologized for his attack against King.

You can watch both the excerpt of King’s original interview with Leslie and the preview of Snoop’s upcoming interview with Red Table Talk above. The full episode “airs” tomorrow.