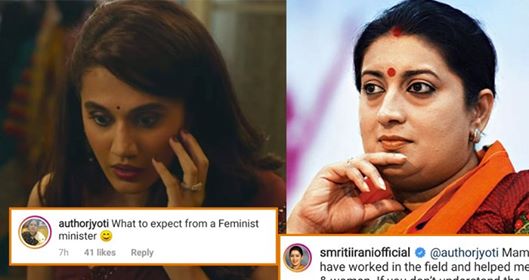 It has been a few days since the trailer of Taapsee Pannu starrer ‘Thappad’ was released and we just can’t get over the trailer of the movie for more than one reason– first, for showing the true reality of the society, second, for its approach to how things are taken so lightly when it comes to women facing domestic violence and lastly the performance of Taapsee Pannu.

Domestic violence in India is so common that it isn’t considered a good enough reason to end a relationship. Women themselves are tolerating all the violence being done on them in the name of love. Thus when the trailer of ‘Thappad’ was released it received praises from all corners. The trailer will make a shiver run down your spine with his content and amazing storyline.

The movie ‘Thappad’ which is directed by Anubhav Sinha revolves around the journey of a woman, a role played by Taapsee who fights for justice after she is slapped by her husband.

From critics to audiences, while everyone is lauding the trailer of the movie, it has got the biggest shoutout from the Union Minister Smriti Irani.

On Sunday, Smriti Irani took to her Instagram and shared a snippet from the trailer and wrote a heart-touching post explaining how she will watch the movie irrespective of the fact that she has “different political ideologies” from that of the film’s director and the actor. Smriti Irani wrote:

“How many have heard “aurat ko hi adjust karna padta hai“
How many think “ki maar pitai sirf gareeb auraton ke hi pati karte hai”
How many believe “ki educated aadmi kabhi haath nahi uthata”
How many tell their girls their daughter in laws“ koi baat nahi beta aisa to humare saath bhi hua lekin dekho aaj kitne khush hai“
I might not support the political ideology of the director or may disagree with some actors on some issues but this is a story that I will definitely watch and hope people watch it with their families. It’s not ok to hit a woman … not even a slap … not even JUST one slap”