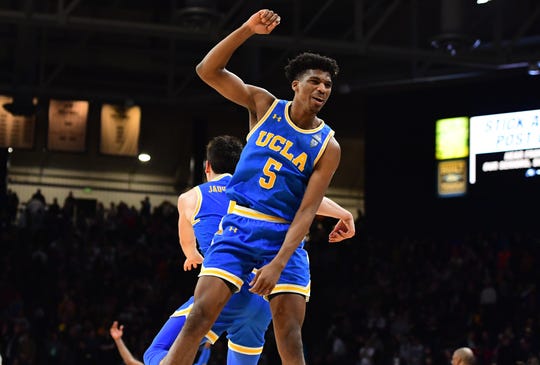 The goal is to be peaking in March.

NCAA tournament bubble teams often follow that script by playing their way into the field before Selection Sunday. While the selection committee examines the full résumé from November to March for an at-large bid, teams that are winning big games or putting together win streaks in late February  are making a strong case at just the right time. Sometimes, like Sweet 16 finisher Oregon last year, the momentum can lead to an automatic bid by winning the conference tournament.

Here’s a look at seven bubble teams with momentum poised to be sleepers in March Madness.

UCLA. The Bruins (17-11, NET score of 76) are hot and have played themselves onto the bubble with five consecutive wins, two of which included Quadrant 1 road victories against Arizona and Colorado. After a rough start in coach Mick Cronin’s first year, this group has found its identity at the right time and can still win the Pac-12 title. The last three games of the regular season won’t be easy, though, starting with a similarly hot team in Arizona State visiting Thursday.

Providence: The Friars (16-12, NET score of 48) have been on the outside looking in for a while. But they’re in the mix as a No. 11 seed or play-in seed thanks to three huge wins in Big East play that included home victories over top-five projected seeds Seton Hall and Marquette. Providence’s credentials feature seven Quadrant 1 victories, which is more than any bubble team at this point.

BRACKETOLOGY: Maryland misses chance to move up to No. 1 seed

JAYHAWKS AT TOP: Kansas returns to No. 1 spot in men’s basketball poll

Clemson: The Tigers (14-12, NET score 74) are starting to come on strong with three wins in a row, including a resume-boosting victory over Louisville last week. They also owns a win over Duke on its profile, but it still has to play itself in because of a December-January skid that saw Clemson lose six of seven. The ACC has been down this year, meaning more than a few marquee wins will be necessary down the stretch.

Memphis: Coach Penny Hardaway had a preseason top-15 team before NBA lottery pick James Wiseman left the team. The Wiseman-less version of the Tigers (19-8, NET score 61) has taken a while to come together and been largely inconsistent at 8-6 in American Athletic. But two wins last week appeared to signal a turn in the right direction, mainly a one-point defeat of league leader Houston. Precious Achiuwa (15.2 ppg, 10.1 rpg) gives Hardaway a dynamic playmaker to fuel a late season push.

UNC Greensboro: Introducing a likely bid thief, the Spartans (23-6, NET score 62) have been overshadowed by East Tennessee State’s strong season (and at-large bid worthy profile) in the Southern Conference. But they could very easily play itself onto the right side of the bubble as a No. 12 seed by winning out and reaching the Southern Conference tournament vs. ETSU. If UNCG does make it to March Madness, this is a team that played Kansas close back in November, beat Georgetown on the road and very capable of being a giant killer.

Richmond: The Spiders (20-7, NET score 49) had a five-game winning streak snapped with a road loss to St. Bonaventure on Saturday, but are still in the mix to garner at at-large bid as currently one of the “first four out” on the projected bracket. The Atlantic 10 is a peculiar league considering Dayton is in line for a No. 1 or No. 2 seed, meanwhile Rhode Island is also on the bubble as a projected No. 10 seed. If Richmond can put together another winning streak stretching into the A-10 tourney, its chances of hearing its name called on Selection Sunday are high.

A look at the projected field of 68 courtesy of USA TODAY Sports’ bracketologist Shelby Mast: 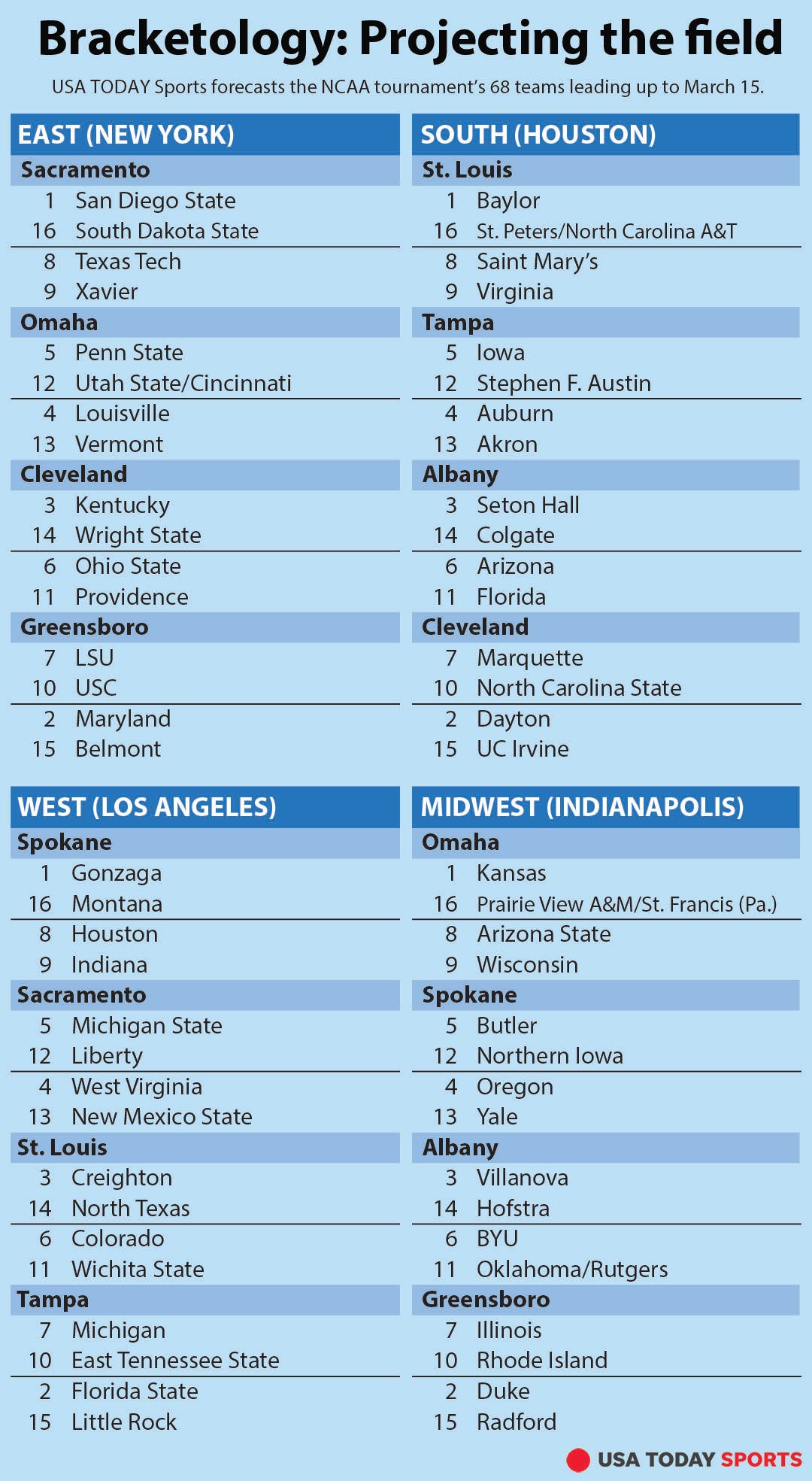