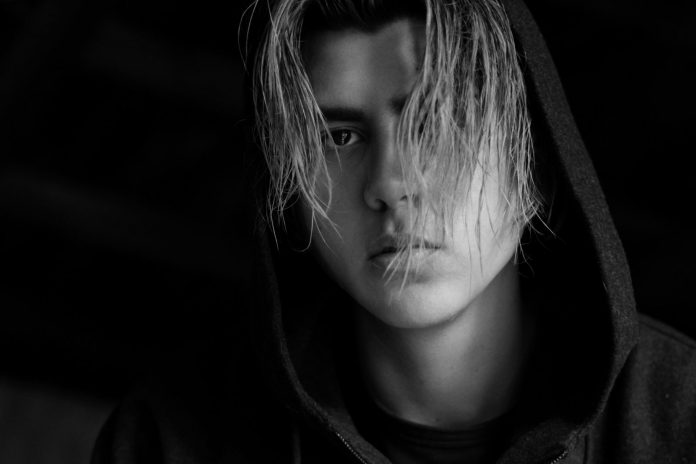 With mental health being a top concern in recent years, where can individuals struggling with their own demons turn to? Hopefully the artists who produce music to really connect with their audience. And that’s what DAYVID wants to happen with his latest single and upcoming album.

The song itself was written during a time we have all felt coming out of a nasty relationship or a period where all we know how to do is play the self-pity game. This song is the breaker of those chains.

Grit Daily spoke briefly with DAYVID ahead of the video’s release, and what we learned is that he is no different than any one of us:

“I wrote Spinning Bottles while I was dealing with difficult relationships in his life that sent me into a deep depression,” says the 22-year-old artist. “Spinning Bottles is a metaphor for being in a constant cycle of mental mayhem and feeling trapped and not knowing what to do. I was trapped in this cycle of taking the blame, and eventually realizing, it wasn’t my fault.”

Like DAYVID emphasized to us, it’s okay to walk away from situations that we simply cannot control. “It’s destructive to keep thinking about things that I should let go.”

DAYVID hopes that “Spinning Bottles” will help others who are also going through a hard period.  “Music has the power to change the conversation about mental health, and I want people to know that it is okay to talk about our struggles and it is okay to ask for help.  Once I did that, everything changed. I got my life back.“

“When DAYVID approached me to collaborate on SPINNING BOTTLES, I was already going through a very difficult and emotional time in my life,” Amar shared.

“The concept for the video was birthed from DAYVID’s personal stories and my emotional connection to the themes, simply describing the mental purgatory our emotional trauma put us through. I get pretty excited and wild when I brainstorm ideas and it was awesome talking with DAYVID because he always shared that excitement with me. Like me, he’s all about throwing new ideas out there, experimenting and dreaming big,”

In conjunction with the release of the “Spinning Bottles” music video, DAYVID will also be releasing a line of merchandise that supports mental health initiatives. A portion of all merchandise sales will go to mental health organizations that focus on providing services for those struggling and that help erase the stigma surrounding mental illness. All purchases will also come with a download of “Spinning Bottles.”

“Spinning Bottles” is available on all streaming platforms including Spotify and Apple Music.