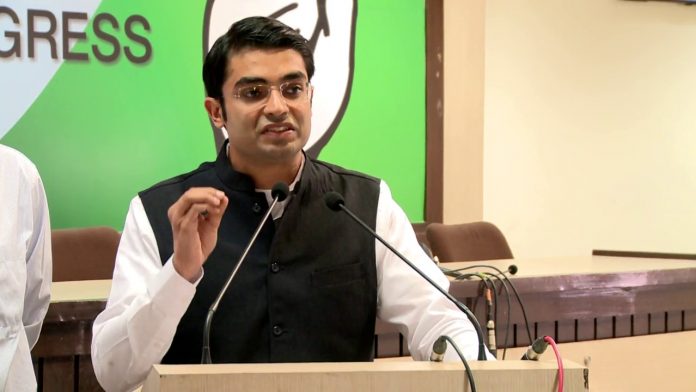 New Delhi: In a veiled attack on the BJP over the Shaheen Bagh firing incident, the Congress Saturday said the shooter has changed but the ideology pulling the trigger in 1948 or 2020 has remained the same.

A man fired two rounds in air in the Shaheen Bagh area in Jamia Nagar, where an anti-CAA protest is on, following which he was taken into custody by police, eyewitnesses said.

Congress spokesperson Jaiveer Shergill said, “Shooter changes but ideology pulling the trigger either in 1948 (Nathuram Godse) or 2020 remains the same Goli Maro — Hands which should be pulling India’s growth are now firing guns.”

“Instead of ‘Make in India’ focus is on ‘spreading hate in India’,” he said.

During an election rally here, BJP leader and Union minister Anurag Thakur had egged on the crowd to raise an incendiary slogan — “shoot the traitors” — after he lashed out at anti-CAA protesters.