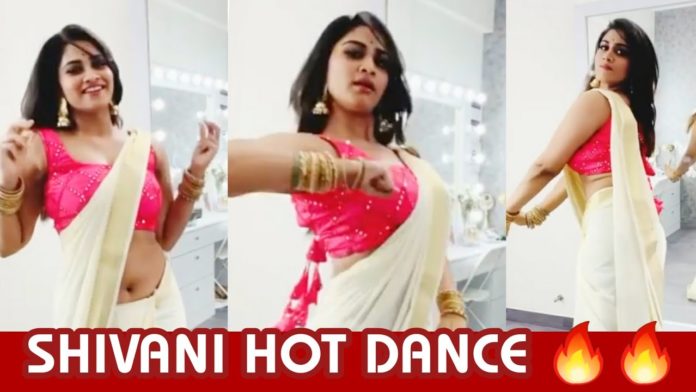 Shivani Narayanan made her debut as a heroine in the serial ‘Pagal Nilavu’ which aired on Vijay TV. Shivani, who is interested in dance, also participated in the Jodi number one reality show. Her dance videos were also well received by the fans.

Shivani has a unique fan base of her own among serial actresses. Shivani is always active on social media. Interested in dance and fitness, Shivani has been posting dance and workout videos on her social media pages. Shivani’s photos and videos have always been well-received by fans.

Shivani has become one of the most popular photos and videos on Instagram. News is circulating on the internet that Shivani is going to be part of Bigg Boss Tamil 4 as a contestant. An official announcement is expected soon.

Today, Shivani posted a dance video on her Instagram page for fans on the eve of Onam. This video of her dancing to a Malayalam song has gone viral on social media.