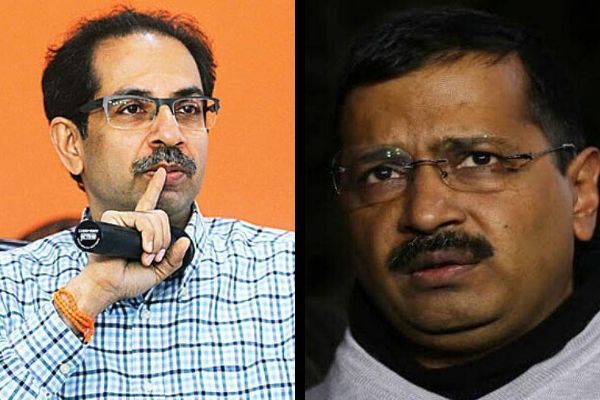 On Friday, the Shiv Sena in an editorial in Saamana, the party mouthpiece, praised Delhi Chief Minister Arvind Kejriwal for his “ideal work” despite hurdles allegedly created by the Centre.

As per a report in Hindustan Times, The Sena mouthpiece hit out at the BJP for ‘polarising the society’ along religious lines for electoral gain.

The editorial claimed that Kejriwal has emerged as a strong contender, despite the BJP sending the Chief Ministers of all the BJP-ruled states and the cabinet ministers to the battlefield. It also asked the Union Government to implement the ‘Delhi model’ in other states of the country.

“Narendra Modi and Amit Shah have put their lives at stake on Delhi elections after they lost Maharashtra and after a crushing defeat in Jharkhand. Nothing wrong if they want to win Delhi, but despite an army of 200 MPs, BJP CMs and the entire Modi cabinet, it seems that Kejriwal is weighing heavy on all others,” the Saamana editorial read.

“Kejriwal is seeking votes on the basis of work done in five years. This is a new experiment in the country’s politics. This should be welcomed beyond the party line,” stated the editorial. It also added that Kejriwal has done ideal work despite ‘regular obstacles’ created by the central government.

The editorial also observed, “There is no presence of Congress in Delhi. The BJP is trying to make lotuses bloom in a dried-up lake. But Kejriwal is seeking votes on the basis of his performance in the last five years. This is a different experiment in the politics of the country, which should be welcomed.”

The comments came just one day ahead of Delhi polls that are scheduled to take place on February 8. The Congress Party is an ally of the Shiv Sena in the newly formed Maha Vikas Aghadi government.

Instead of backing its own ally for the Delhi Assembly elections, Shiv Sena has conceded that the Congress party has ‘no presence’ in Delhi.