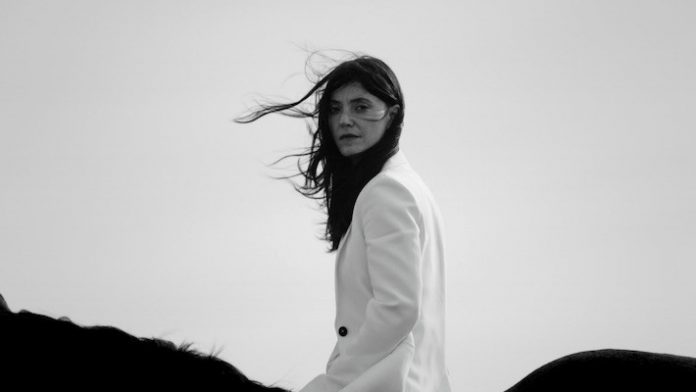 Sharon Van Etten had an immensely eventful 2019. The singer released her latest studio album Remind Me Tomorrow, a record that was met by a wealth of positive reviews. But it looks like the singer is gearing up for even more in 2020: Van Etten has shared “Beaten Down,” her first track of the new year.

Van Etten says of the song, “‘Beaten Down’ is about love, patience and empathy. It’s about making life-changing choices and remaining strong enough to see them through.”

Directors Nicky and Juliana Giraffe also said of the video, “Our goal was to create a striking and psychedelic video set in the California desert, a welcoming of Sharon’s next chapter here. Upon hearing the song, our minds automatically drifted into stark black and white, fever dreams, dark silhouettes contrasted against a barren desert landscape. Our intention was to give Sharon’s song and performance space to breathe and echo. It was important to us that the dancers were strongly connected and we’re so lucky to have worked with the talented Huber Twins on this project.”

A few weeks ahead of “Beaten Down,” Van Etten reflected on the one year anniversary of Remind Me Tomorrow. “Thank you to everyone that has been a part of it and supported it,” she wrote.

Today is the 1 year anniversary of Remind Me Tomorrow. These are the people that made it possible, seen on a photo of my fridge aka the gatefold of the RMT vinyl. Thank you to everyone that has been a part of it and supported it.  Xo pic.twitter.com/ESQx37CYXu

After releasing her record, subsequent videos for tracks like “Comeback Kid,” “Seventeen,” and her second Tiny Desk performance, Sharon Van Etten gave fans a glimpse into her life and songwriting process with the documentary Departure. The biopic spans her life in New York City, starting from when she moved there at the age of 23 to embark on her career in music. In the documentary, Van Etten talks about meeting people who inspired her to keep creating, many of whom were holding down three or four jobs in order to continue making music.

Listen to “Beaten Down” above.