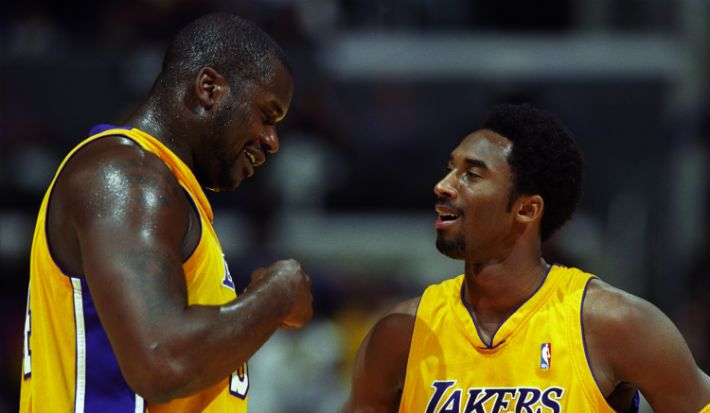 Kobe Bryant’s sudden death at the age of 41 in a helicopter crash that also took the life of his 13-year-old daughter, Gianna, and three others stunned the sports world. Bryant was a global icon, known not just to NBA fans but fans of sports internationally, and his impact on the game of basketball is hard to put into words.

To become that icon, Bryant put in an immense amount of work to be the player he was, and there was no player he shared higher highs (and lower lows) with than Shaquille O’Neal. Kobe and Shaq were one of the all-time great duos in NBA history, winning three straight championships together with the Lakers from 2000-2002. They also had a very public falling out, with Shaq eventually leaving Los Angeles for Miami, but in the years after Shaq’s retirement their bond grew once again.

On Sunday, like so many in the NBA world, Shaq offered a tribute to Bryant on social media, remembering “my brother, my friend, my partner in winning championships, my dude and my homie” with some pictures from their time together on both Instagram and Twitter.

There’s no words to express the pain Im going through with this tragedy of loosing my neice Gigi & my brother @kobebryant I love u and u will be missed. My condolences goes out to the Bryant family and the families of the other passengers on board. IM SICK RIGHT NOW pic.twitter.com/pigHywq3c1

Shaq and Kobe’s time with the Lakers was iconic, with both elevating each other to the pinnacle of the sport. For years fans debated who was more important to those teams, but right now those debates seem so silly, as we should instead remember their collective and individual greatness that gave us some of the best and most dominant performances the league’s ever seen.