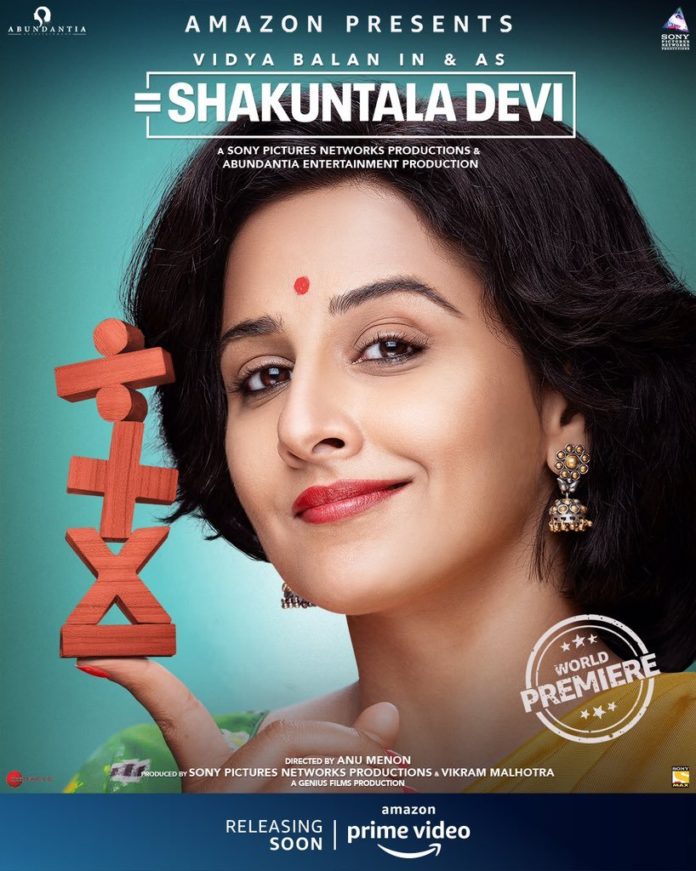 Shakuntala Devi is an upcoming movie starring Vidya Balan and it’s based on the real life of mathematician aka human computer Shakuntala Devi. This movie will not have a theaterical release due to Coronavirus lockdown and will be releasing directly via Amazon Prime on Friday 31st July 2020.

Amazon Prime has started the promo for Shakuntala Devi in an interesting way with Vidya Balan solving a tough mathematical problem instantly.

The film is based on the real life of Shakuntala Devi who is a well-known mathematical genius and calculating progidy from India. pic.twitter.com/y8OwWviUWa

Directed by Anu Menon, Shakuntala Devi also features Jisshu Sengupta, Sanya Malhotra and Amit Sadh in the star cast. This film is the biopic of Shakuntala Devi, who is known as the human computer. Shakuntala Devi earned her a place in the Guinness Book of World Records for her impeccable talent in calculating complicated mathematical numbers mentally. At the age of six, she surprised everyone by demonstrating her arithmetic abilities.