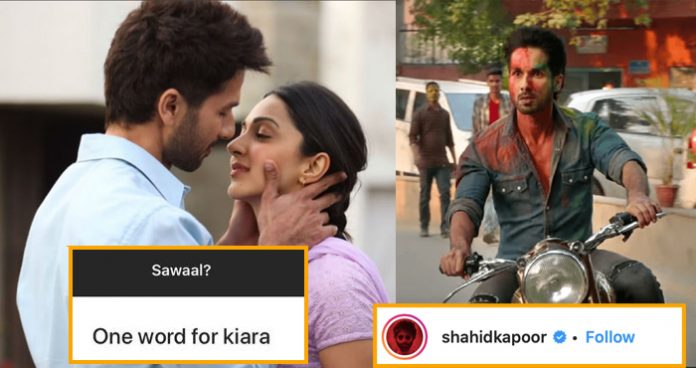 Actor Shahid Kapoor recently hosted a question and answer session from his social media handle, Instagram. The session got interesting when one of his fans from Instagram asked the actor about a one-line to describe his co-actor from the movie ‘Kabir Singh’.

The social platform is one of the direct media to connect with favourite stars of the entertainment industry. Fans often get lucky to reply back from their chosen stars of Bollywood as well. In the recent phenomenon causing by the coronavirus pandemic, people are staying indoors to break down the spread chain of Covid 19. Celebrities are also following the same and also trying to engage their audience by entertaining them from their social platform.

Bollywood actor Shahid Kapoor recently hosted a question and answer session in his Instagram story session. In the session, one of the users asked Shahid to describe his co-actor from one of his highest-grossing film in the box office, Kabir Singh. The user asked him to describe the actor Kiara Advani, in one word. In a witty reply, Kabir Singh AKA Shahid Kapoor wrote the epic dialogue from the movie with a pair of eye emoticons. He wrote, “Kisne Touch Kiya”. 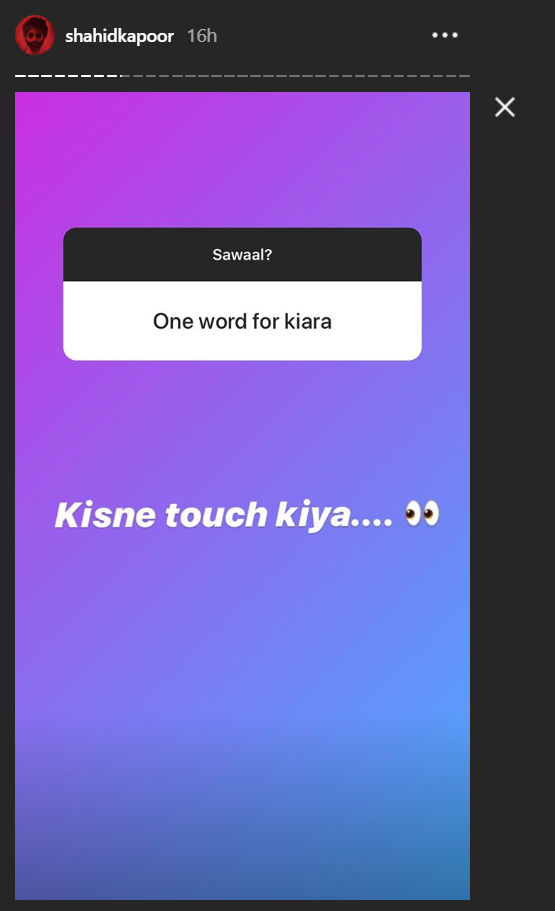 Shahid Kapoor’s reply split up his fans for a while as this dialogue fro the movie Kabir Singh started numerous memes over social platform after the movie. The movie Kabir Singh which was released in 2019, was a huge success in the box office. In the film, Shahid Kapoor’s character Kabir Singh went furious and abused his rival character when he heard that his love interest Preeti was harassed by the rivals. The character Preeti was played by the actor Kiara Advani in the film. That specific scene turned on a huge meme fest from the content creator on social media platform even before the movie hit on-screen. The remake of a south movie, Kabir Sigh was talk of the town from the very beginning of its trailer launch under Sandeep Vange’s directorial. Apart from the box office hit, the movie Kabir Singh receives many criticisms from its aggressive contents including slapping a beloved one and using abusive languages.

Shahid Kapoor also shared the updates about his upcoming projects ‘Jersey’ apart from his previous ventures. His upcoming film Jersey is a remake of a Telegu film with the same title. Saying about the performance of the lead character of a sports drama by Nani, Shahid expressed that he went very emotional and cried while watching him in the movie. But for now, the maker of the film calls it to hold for the global pandemic of novel coronavirus outbreak.