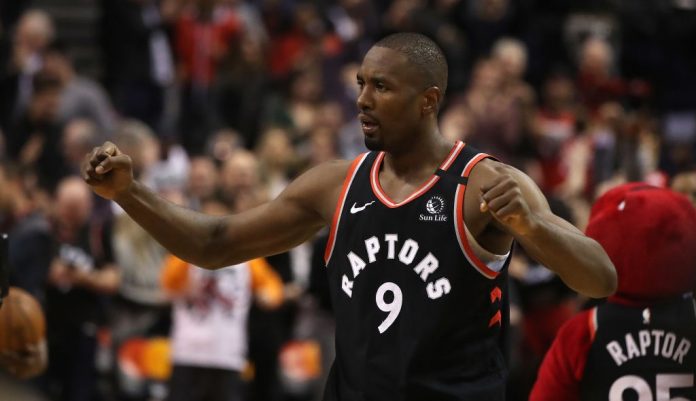 The Toronto Raptors entered Wednesday night riding an 11-game win streak, one that had vaulted them into the second spot in the East behind the Bucks. They would face one of their stiffest tests of the streak with the Pacers in town, and thanks to a ridiculous second quarter run by Indiana in which they won the quarter 43-18, it seemed the streak may end.

However the Raptors began clawing their way back into the game in the third quarter and by the stretch run of the fourth had cut the deficit to just a single possession. It was then that Serge Ibaka, the man who has been most discussed recently for his delightful banter with OG Anunoby about who was wearing scarfs first (and, yes, I mean scarfs not scarves), delivered a game-winner from the wing as he knocked down a three with Toronto down two in the closing seconds.

As a reminder, Serge doesn’t dress, he does art. He also knocks down big shots.

The Raptors still needed a stop and got one on a wild final possession that saw the Pacers get a decent look, an offensive rebound, and then turn it over in the lane as the clock wound down — with a lot of uncalled physicality along the way.

The Raptors moved their win streak up to a franchise-best 12 games with the win, further cementing their spot near the top of the East, something few expected from the team — particularly given the various injuries they’ve had this season. And yet, here they are, the defending champs back in contention in the conference once again and led by a group that has spectacular chemistry on and off the court.