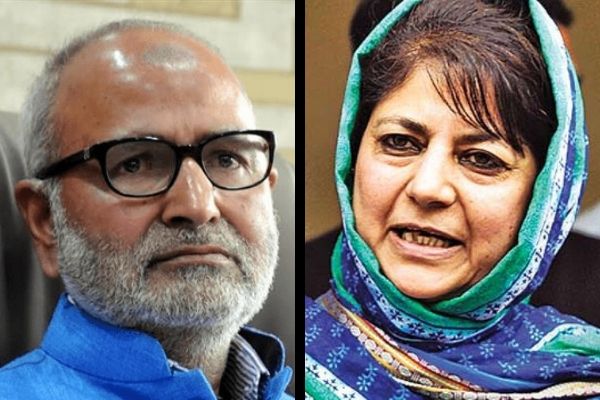 On Saturday, People’s Democratic Party (PDP) leader Naeem Akhtar was booked under the Public Safety Act (PSA). He will be lodged in M-5 hut that is located on Gupkar Road in Srinagar. Akhtar who served as a minister in the PDP-BJP coalition governments was earlier detained under Section 107 of the Code of Criminal Procedure (CrPC).

He is now the 6th leader in the Union Territory of Jammu and Kashmir to be booked under PSA. On Wednesday, PDP politician Muhammad Sartaj Madni and National Conference (NC) general secretary Ali Muhammad Sagar were detained under the said Act.

Former Chief Ministers of the erstwhile state, namely, Omar Abdullah and Mehbooba Mufti were also detained under PSA on Wednesday, hours after the expiry of their “preventive” detention period. This was done keeping in mind their vehement opposition to the abrogation of Article 370 and 35A. The dossier accused Mufti of being “pro-militant and pro-separatist.” National Conference has condemned the move by the Centre and called it “atrocious.”

Read: How pro-Islamist lobby is whitewashing threat by Omar Abdullah of Kashmir breaking away from India by attacking PM Modi

The Public Safety Act was introduced in 1978 under which a person can be detained for 2 years without a trial. The amendments made to the Act in 2012 reduced the detention period from 2 years to 6 months for first-time offenders. Having said that, the provision to extend the period of detention to two years was left open.

However, two NC politicians Tanvir Sadiq and Mubarak Gul had been shifted to their residences from the MLA hostel sub-jail. Omar’s father and NC President, Farooq Abdullah, was the first politician to be booked under the said Act in September 2019.

Recently, the Public Safety Act dossier against the former Chief Minister of Jammu and Kashmir Mehbooba mufti has suggested that she was collaborating with separatists underlining her provoking tweets and remarks made against the army and pro-terrorist in public rallies.

The dossier is including Mehbooba Mufti’s provocating speeches and the tweets in which she’s calling for violence like the one, “no one will remain alive to unfurl tricolour in Jammu and Kashmir if 370 goes”. Also threatening the central government, she had said ” if you won’t understand, you will be finished. Even your story will not be in history”.