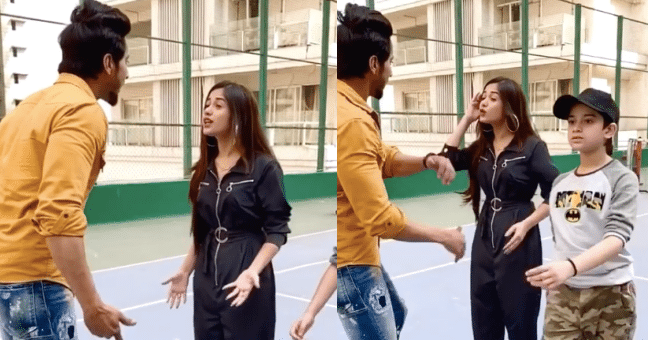 Tik Tok stars Jannat Zubair and Faisal Sheikh are one of the most popular social media personalities. Where Jannat has created a niche for herself on the small screen. Faisal Shaikh who goes by his popular name Mr. Faisu is also a shining star of the social media world.

The duo have together been creating some amazing TikTok videos that their fans absolutely love. Fans love their chemistry and always waiting to have much of them. The two have also featured in a new song Fruity Ladgi Hai single and this goes without saying that they have got much to impress their fans.

But a recent video of the actors is viral on social media and it will leave you shellshocked. In the said video we see Jannat and Faisu arguing with each other. The argument leaves Faisu angry and he tries to raise his hand on Jannat. What happens next is a must watch.

Check out the viral video here:

In the video, we see Faisu and Jannat fighting with each other. Soon, Faisu raises his hand on Jannat and tried to hit her. Jannat’s brother Ayaan comes to her rescue and slaps Faisu.

Jannat and Faisu surely brighten the days for their fans with these hilarious videos.