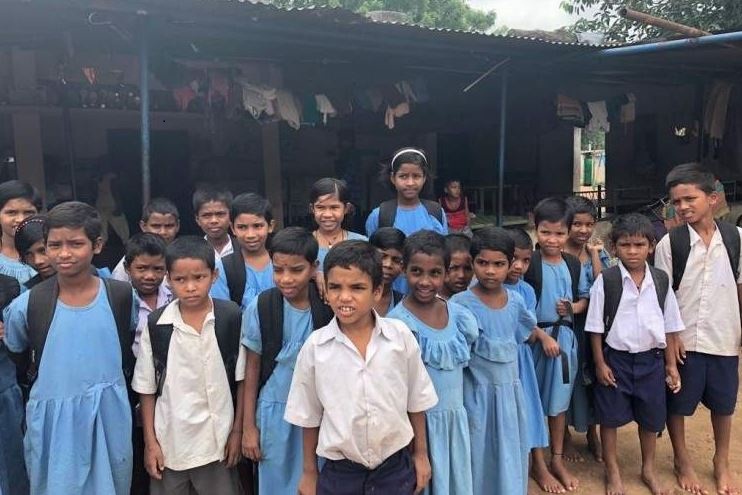 Rasulpur: Students of government-run schools in Rasulpur block of Jajpur district are yet to get their uniforms even though the academic year (2019-20) comes to an end in the next couple of months.

Chief Minister Naveen Patnaik had announced on the Teachers’ Day last year that the State Government would provide free uniforms to both BPL (below poverty line) and APL (above poverty line) students of state-run schools.

Earlier, only students belonging to BPL families were getting uniforms. The block administration has provided uniforms to 40% of schoolchildren only. Till now, the children have not received their uniforms, school shoes, and even books.

The block has 223 government schools with total student strength of 18,702 which receive funds under Sarva Siksha Abhiyan. Under the scheme, the government will spend Rs 400 for two pairs of uniforms and Rs 200 for a pair of shoes for both APL and BPL students.

As per norms, funds for purchase of uniforms will be provided from the school account and the school managing committee and the headmasters will operate the funds.

The district coordinator of Sarva Siksha Abhiyan (SSA) has said no funds were sanctioned by the state government leading to the delay in distributing uniforms to students.

This has been creating troubles for the school managing committee in distributing uniforms to all students in the school.

Sanatan Bhoi, a daily labourer of Bandhadiha village, said uniforms supplied by schools last year have already been damaged and only one set of uniforms has been provided this year.

Block Education Officer Santanu Kumar Kar said he has no information regarding non-distribution of uniforms. Neither the school managing committee nor the headmasters have informed him about these matters.