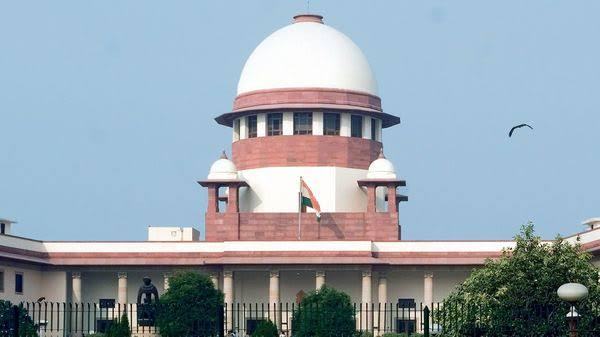 Taking suo motu cognisance on the death of a 4-month old infant, the Supreme Court on Monday took a tough stand on the matter saying how could a 4-year-old visit Shaheen Bagh to protest, questioning the mother’s wisdom on taking the child with her to the protest site.

A bench headed by Chief Justice S.A. Bobde issued notices to the centre and the Delhi government on suo-motu plea to “stop the involvement of children and infants in demonstrations”.

“A child has died!”, exclaims CJI S A Bobde.

A lawyer representing a group of mothers from Shaheen Bagh argued in the apex court that even Greta Thunberg was a child when she became a protester and raised concerns over the children from the area being called Pakistani in their schools. The CJI asked the counsel how can a 4-month-old go to the protest site and how could the mothers justify this.

The SC bench also expressed displeasure at two women lawyers representing the Shaheen Bagh protestors trying to make extraneous arguments on someone calling a child Pakistani in school and other arguments deviating from the issue. “In this proceedings, we are considering the death of a four-month-old child,” said CJI Bobde.

The court took the suo moto cognisance on the involvement of children in protests after a National Bravery Award winner Zen Gunratan Sadavarte wrote to the Chief Justice of India (CJI) seeking directives for stopping children from being used in protests days after reports had emerged that at least one infant had died after parents took them to Shaheen Bagh for protests and exposed them to Delhi’s bitter cold.

In one of the most heart-wrenching incidents of recent times, four-month-old infant Mohammed Jahan lost his life after suffering from severe cold and congestion during anti-CAA protests in Shaheen Bagh. However, Nazia, the mother of the four-month-old infant Mohammad Jahan, is unapologetic about her son’s death but instead has chosen to ignore his death and rejoin the ‘protests’ at the Shaheen Bagh.