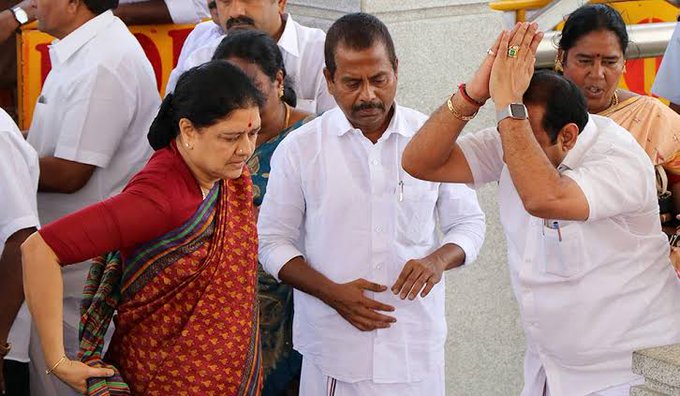 It is reported that Sasikala will be released from Bangalore jail in August 2020 . It’s reported that Sasikala has got theThe blessings of BJP and she will be released on the 14th August 2020. This was reported by Dr. Aseervatham Achary in his Twitter post. Four persons – Jayalalithaa, Sasikala, Ilavarasi and Sudhakaran have been charged for possession of unaccounted wealth. This case has been going on for years.

The Supreme Court upheld the sentence of four years imprisonment and fines. But before the judgement, Jayalalithaa passed away. So, Sasikala, Ilavarasi and Sudhakaran were all locked up in the Bangalore Parapana Agrahara Prison in February 2017. Subsequently, it was reported that attempts are being made to get Sasikala out of jail as per rules of conduct.

But the Bengaluru Jail has strictly ruled that the code of conduct does not apply to Sasikala and she was not given any special treatment. Sasikala was supposed to be released after serving the entire sentence, Karnataka Prisons Director NS Megharic said. But now fresh news have come that Sasikala will be released on 14th August 2020 and that too with BJP’s blessings, this was confirmed by Dr. Aseervatham Achary who is a BJP spokesperson.