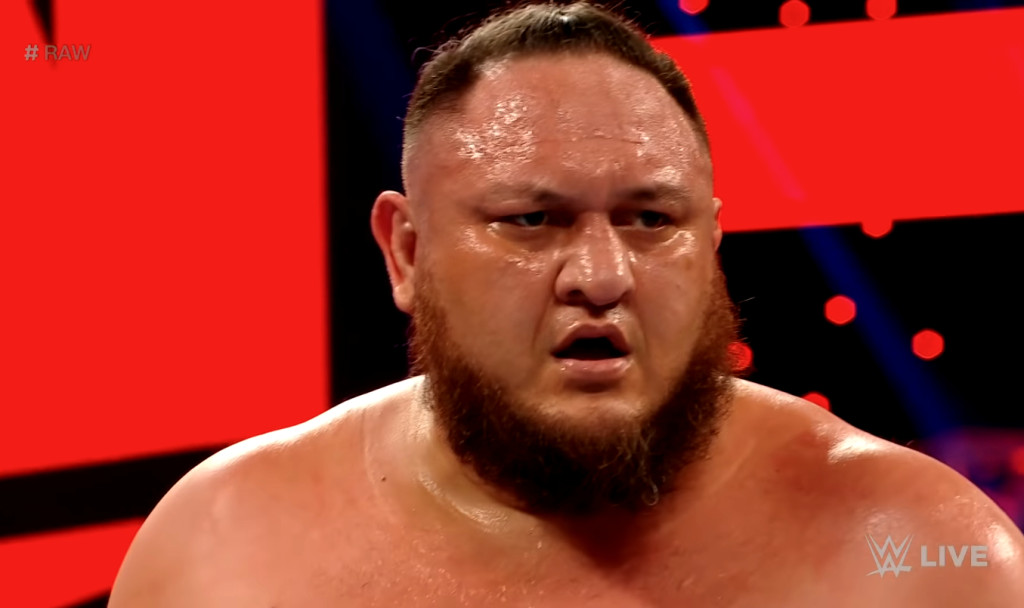 If you were watching Monday Night Raw last night, you may have wondered exactly what happened to Samoa Joe during his tag match with Kevin Owens against Seth Rollins and Buddy Murphy. He disappeared during a commercial break, with commentary explaining that he’d been taken to the back by medical personnel. Of course, if you saw his dive to the outside just before that commercial, it was pretty obvious he didn’t land well:

PWInsider confirms that this wasn’t part of a storyline, and it was a medical decision to send Joe to the back to be examined, which Joe reportedly wasn’t happy about in the moment, preferring to stay in the match. Once he was taken out of it, it was up to Rollins, Owens, and Murphy to improvise the rest of the tag match without him.

According to Dave Meltzer on Wrestling Observer Radio, Samoa Joe suffered a concussion from landing at a “bad angle” on that dive, and that’s why he had to be taken out of the match. Concussions are always unpredictable, but hopefully Joe makes a swift recover so he can return and keep up the excellent work he’s been doing with Kevin Owens on the Road to WrestleMania.