Salzburg coach Jesse Marsch says Takumi Minamino made sure he “behaved his best” before completing a move to Liverpool.

The Reds first made contact with the Japanese forward back in November 2019, and secured a deal to sign him in the January transfer window.

Minamino made it clear to Salzburg that he wanted to move to Liverpool, but showed his professionalism in knuckling down for the remainder of his time in Austria.

And Marsch has heaped praise on the forward’s conduct, saying it is a great honour for a product of the club to go on to join the European champions.

“Taki made it clear at the beginning of the talks in November that he would like to leave in winter,” Marsch told Goal and SPOX.

“He wanted to make sure that he behaved best in the rest of his time in Salzburg. We helped him think carefully about his next step. It was clear to us: He will leave us.

“In the end, he went to the reigning Champions League winners, a deal that means a lot to the entire club and is a great honour.”

Minamino has made just eight appearances in all competitions for Liverpool since signing in January. He recently spoke out about his struggles to come to terms with playing in the Premier League.

“In the last three months there have been areas which I’m quite happy about,” Minamino recently told Liverpool’s website. 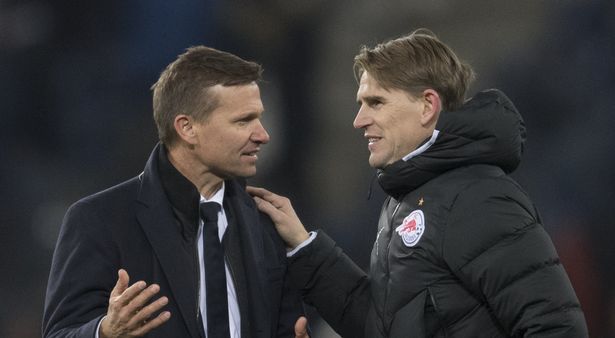