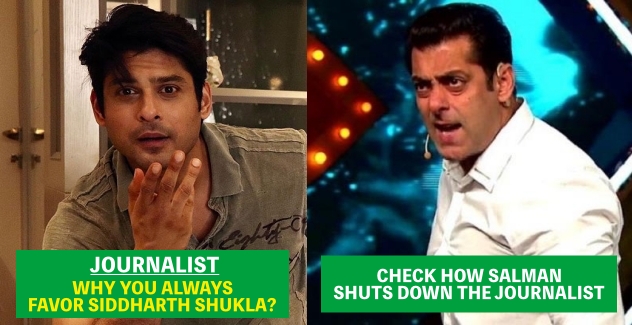 Who doesn’t watch one of the power-packed reality show Bigg Boss . It has all the drama , emotions , over-drmatic situations and of course the very happening host Salman Khan ..

The normal duration of the show is approx 3 months but this year it has bee extended up-to 4.5 months . Well!!! that’s a long time , I must say . The contestants who are very cultured in the initial days of the show but begins to be the real and aggressive till the end of the show .

The main concept of the show is masala entertainment and what else the audience want . Its really hard for the host to tackle some of the stubborn contestants who cross their limits and have that one to one with Salman . Some of the contestants have been sent out in this regard likewise .

But sometimes it is also said that the host is being biased to some of the contestants . In this season of Bigg Boss 13 , this is considered in the case of the contestant Siddharth Shukla , who is the giant handsome man with a short temper .

Fans even called out the superstar for not taking action against Sid when he has been wrong in the house. He also told Siddharth to stay away from Shehnaz Gill saying that she’s fallen in love with her .

In Monday’s episode, Salman Khan was asked by journalist Rajat Sharma on the show regarding his protective nature towards Shukla and how people have accused him of being biased. Khan said, “No, I was trying to be protective of Shenaaz. I felt that Shehnaaz is quite a young girl and Sidharth is a matured man. I thought that she may be misled. The way she was hitting herself, I thought that she mustn’t harm herself when she comes out of the house. That’s why I had warned Siddharth to be careful since life outside can be a little stressful. But, then I came to know that she is 25 years of age and is pretty sorted and is only trying to play her game, then I was very happy.”

We have to see now , is Salman’s statement feasible enough to satisfy the Bigg Boss fans ?

What you guys think about this ?? Feel free to share your views ..