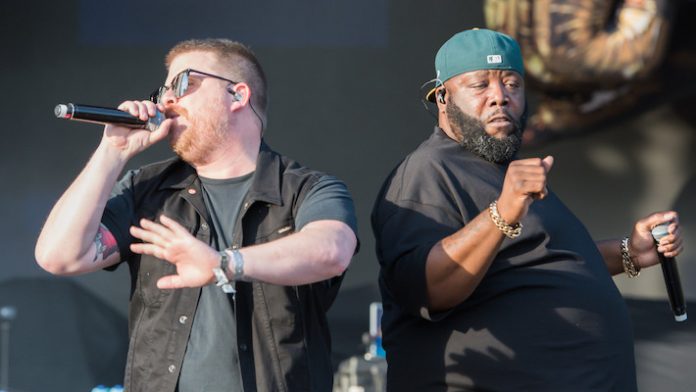 El-P says the upcoming project from he and partner-in-rhyme Killer Mike is finished, but it looks like Killer Mike may want to make a few tweaks. Earlier today, El-P tweeted “RTJ4 is done,” but not long after that, Killer Mike chimed in to write: “Hold up! I wanna change something….” Of course, he followed that with a string of laughing emojis so he was probably just joking.

In November, El-P told fans that the album would be “out earlyish next year” — meaning in 2020 — and promised that “it’s hard as f*ck.” In November, the album wasn’t mixed yet and still needed sample clearances, but it looks like all that’s been sorted out. While there still isn’t a release date in mind, fans should expect to see a single sometime in the near future.

Meanwhile, the duo is planning on going on tour with a reunited Rage Against The Machine beginning this spring, which could indicate something coming down the pipeline soon. The tour kicks off with their appearance at the 2020 BUKU Music + Art Project in March and runs through the end of the summer, including an appearance at Boston Calling in May.

Check out Run The Jewels in the video for Danny Brown’s “3 Tearz” here.