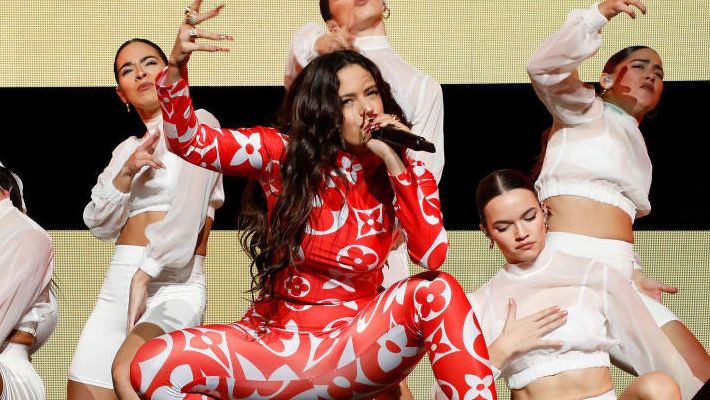 Spanish pop star Rosalía rose to international stardom in 2019. The singer gained critical acclaim following her 2018 record El Mal Querer, which just received a Grammy for Best Latin Rock, Urban or Alternative Album. In November, Rosalía also received a Grammy nomination for Best New Artist. With the nomination, Rosalía became the first fully Spanish-speaking artist to ever be nominated for the category. Along with the nomination and award, Rosalía gave a live performance at the awards ceremony.

Taking the stage with her large crew of back-up dancers, Rosalía gave a confidence-boosting rendition of “Juro Que” and “Malamente.” Sporting a shimmering jumpsuit, Rosalía commanded the stage with her affecting presence. The performance was a celebration of her Spanish heritage, with dance moves drawing inspiration from flamenco dancers.

Ahead of her Grammys performance, Rosalía recently released a video accompanying “Juro Que,” which translates to “I Swear That.” With each of her recent videos, Rosalía immerses herself into the world of the song, like in the stylistic visual for “A Palé.” In the video, Rosalía fully committed to her character’s persona, sporting sharp nails and a unibrow.

While Rosalía had made a name for herself with her solo work, the singer is also known for her collaborations. Rosalía has reached across country lines to collaborate with artists like Travis Scott, J Balvin, Pharrell Williams, and James Blake.