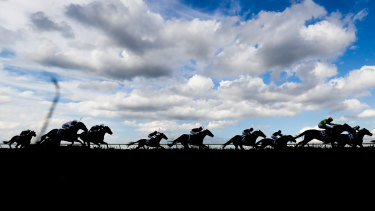 Maybe the sun finally poking through has given the wider region an almighty re-boot, but one of the deepest and most open non-carnival programs fires up at Wagga today, with runners coming from every point on the racing compass.

A record number of gallopers from Canberra and Goulburn, plenty out of Kembla and the South Coast, the perennial contingent up from near the border, and of course, a big Victorian name who rarely misses a beat.

But no galloper will be more closely watched than exciting three-year-old Canberra filly Room Number from the stable of the long-time country “Baroness” Barbara Joseph, and Paul and Matt Jones.

Room Number steps up sharply from a spectacular maiden win here three weeks back to a competitive BM66 Handicap and Heat of the Stayers Series over 1800 metres. On paper it looks a big ask at just her fourth start and drawn right off the track, but seeing is believing.

Room Number was very unlucky not to win here second start covering plenty of ground before roaring home to miss by a whisker, but just to confirm that potential, she came from an almost impossible position last start to round them all up over the mile.

In fact, her brazen last-to-first style surely means the extra trip today will be right up her alley, although she will need the speed on again in order to charge over the top.

Certainly, breeding lovers won’t be surprised. Room Number is by Reliable Man who won five from only 14 runs, including a group 1 in France at his third start, before eventually heading down under and claiming the group 1 Queen Elizabeth at Randwick.

Earlier, the Victorian base of Hayes-Hayes-Dabernig is again looking to corner the juvenile races with a couple of lightly raced and promising youngsters.

In the opener for the two-year-olds over 1000m, smart filly Sundus returns for only her second start since debuting behind high class Mildred down the Flemington straight last spring. Then they saddle up three-year-old gelding and hot early favourite Dalaalaat second-up in a three-year-old and up Maiden Plate, and despite drawing wide, he looks to have this one at his mercy.