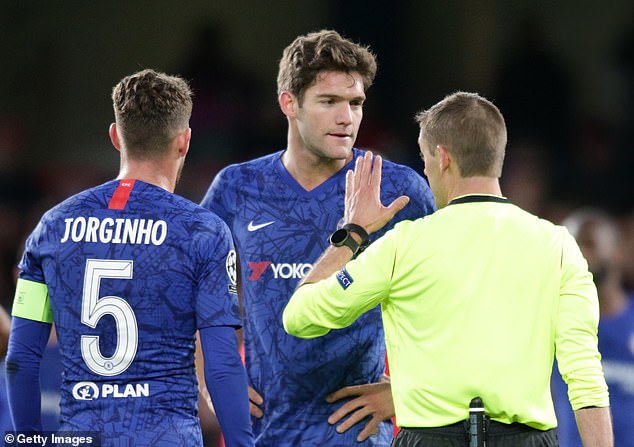 Chelsea’s bad night at Stamford Bridge got even worse as Marcos Alonso saw red while Bayern Munich put them to the sword in a 3-0 Champions League defeat.

Speaking on BT Sport after the game, Rio Ferdinand and Joe Cole condemned his actions, saying the incident deserved the red card.

The game was already gone when Alonso caught Robert Lewandowski with his arm in the 82nd minute, a challenge he initially saw a yellow card for. 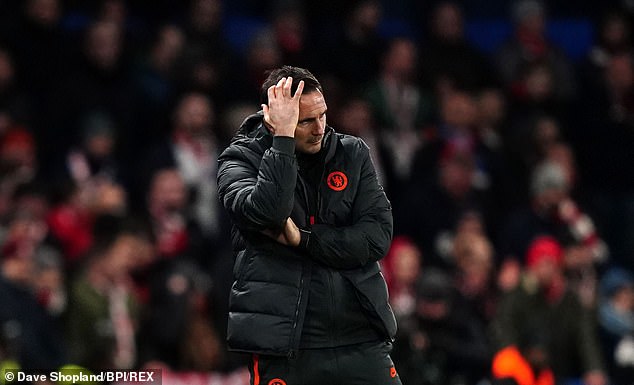 Frank Lampard said his team were outclassed, as Bayern won the first leg of the tie 3-0 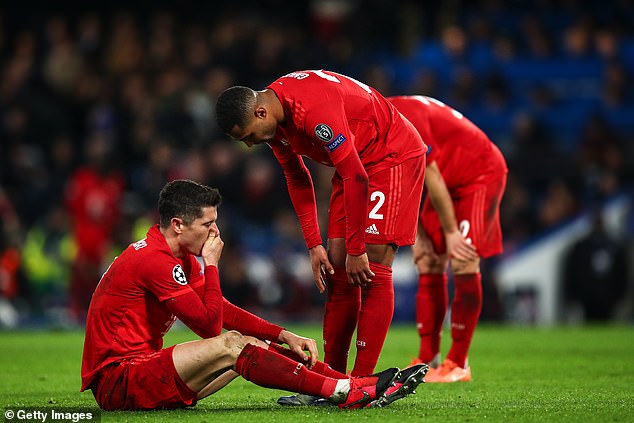 Alonso caught Robert Lewandowski with his arm, and the yellow card was upgraded to red

However, after a check of the VAR monitor, the referee upgraded his decision to a red card, meaning Alonso will miss the return leg at the Allianz.

‘In today’s game it’s a red for retaliation,’ said Ferdinand. ‘Waving arms, it’s silly really [for an] experienced player. You can’t be doing that in the game today with cameras all over the place. I thought he was punished deservedly so.’

‘He’s let his manage down there no doubt,’ said Cole. ‘It looked like [Alonso and Lewandowski] said something to each other so there was a bit of malice, bit of venom. He shouldn’t have done that and he’s let the team down.’ 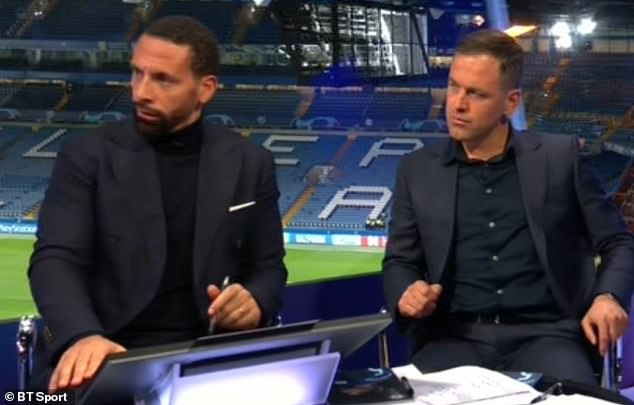 Rio Ferdinand and Joe Cole condemned Alonso, saying it was ‘silly’ and he ‘let his team down’ 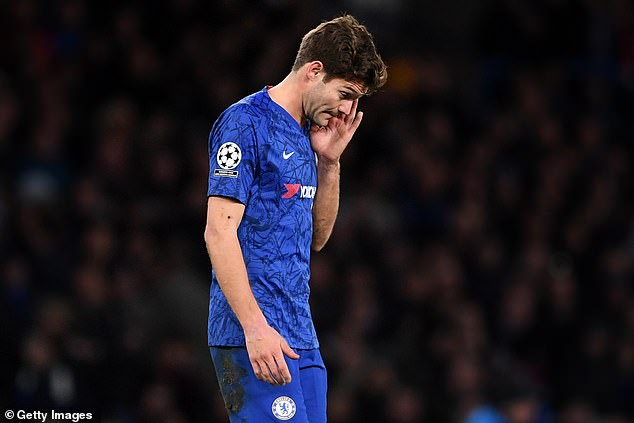 Jorginho is also ruled out of the second leg through suspension after picking up a yellow card for dissent during Tuesday night’s game.

Bayern Munich outperformed Chelsea all over the pitch, and although the Blues survived the first half, the floodgates opened after Serge Gnabry’s opening goal.

Gnabry got another soon after, increasing his tally to six goals against London clubs in the Champions League this season, before Robert Lewandowski continued his own fine goal scoring form for a third.