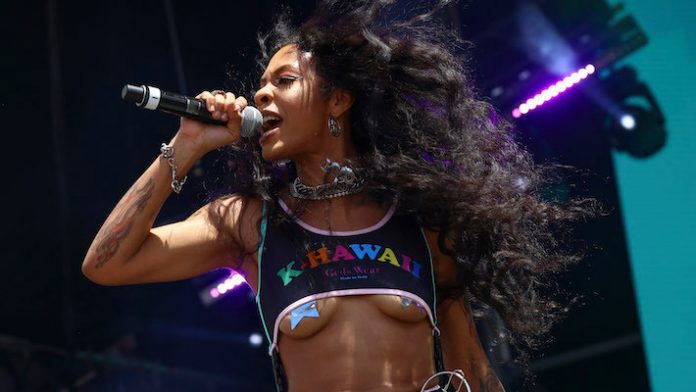 The term “genre-bending” is often tossed around a little too carelessly, but if there are any two artists to whom the description actually applies, rapper Rico Nasty and living internet memes 100 Gecs fit the bill. So it’s only right that the two acts have apparently joined forces and that what they’re working on just might be a hit record. 100 Gecs’ Dylan Brady tweeted that he just finished a song with Rico and confirmed his belief that it would be a fan favorite.

wow me and rico just made another hit

“wow me and rico just made another hit,” Brady wrote, sending his followers into a frenzy, demanding “proof or it didn’t happen” and telling him to “stop being stingy.” It wouldn’t be the first time that 100 Gecs had produced a hotly anticipated track with Rico. In November, a leaked snippet of a track supposedly called “Ringtone” went viral on Reddit after Rico played a portion of the song during an Instagram Live session with her fans.

If there’s any rapper who fits the extra-dimensional aesthetic of the supremely weird 100 Gecs, it’s Rico. The DMV rapper has at times shunned the traditional trappings of hip-hop altogether, instead embracing scene-kid affectations like wild hairdos and makeup, anime-inspired stage costumes, and gooey, spacey beats that she dubbed “sugar trap.” It remains to be seen whether either of the two collaborations will see the light of day, but with Rico’s debut album slated to drop sometime this year, it wouldn’t be a far cry to wonder if they’re saving them for her full-length.