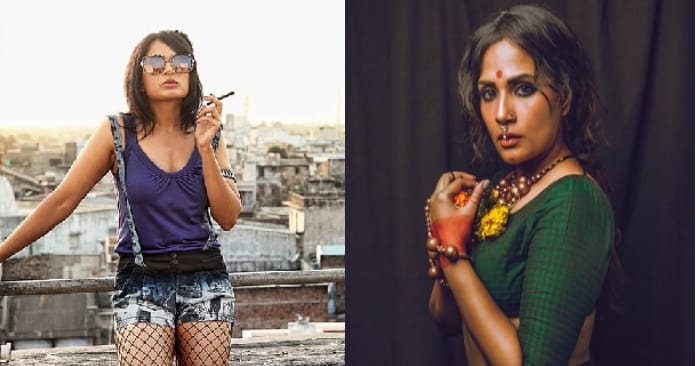 Richa Chaddha is one of the popular actresses in the Bollywood Industry. Fans know her as Bholi Punjaban and her bold outlook in media interviews. Richa is equally good in any kind of role.

However, when she was asked for her success in Bollywood films she told that the choices of the characters she was playing in the movies are the big reason that she is so popular among movie fans.

She is truly the queen of Bollywood and we want to see more of Richa in Such roles and we hope she has a long future in Bollywood.

We have enlisted a few notable performances by Richa Chaddha
in movies that are considered Offbeat roles. Here, we also considered the
commercial films where she has done her part beautifully and looks fabulous in
each frame.

Masaan is one of the greatest films due to its writing and direction. However, nobody can ever forget the bold performance delivered by the actors and actresses in this film. While critics were praising Vicky Kaushal and Sweta Tripathi.

The performance delivered by Richa Chadda as Devi Tripathi
is is remarkable and unforgettable. Such films in her filmography made her
pretty popular among fans.

Here comes one of the greatest characters in the comical role played by none other than Richa Chadda. The story of Fukrey is centered on four boys and their struggle to get things they like. However, Richa Chadda stole all the spotlight from the lead actors.

Later on, she reprised her character in the sequel of the
movie. Fans are crazy to see her again and again in reprising the character of
Bholi Punjaban. Maybe a spin-off focusing on Bholi Punjaban works well for the
movie audience.

Mai aur Charles is based on the real story of criminal Charles Shobraj. The story revolves around the notorious serial killer who charms people with his personality and manipulates them to get what he wants.

Richa Chadda played the role of Mira Sharma who is very fascinated and attached to Charles Shobraj.

It was a bold move as she played the character of the mother
in a very initial stage of her Bollywood career. She got lucky that she
wouldn’t be typecasted for the role of mother as it had happened to many
actors.

Tamanchey is a sort of Love story type film. A love story formed between two gangsters who are on run. While they dream of getting together, the law and their boss are on hot heels, stopping them.

Due to her accent and bold camera presence, it becomes a fan-favorite movie.

A movie for an audience who have a taste. This movie features two actresses Kalki Koechlin and Richa Chadda. This movie is about companionship formed between two women who have nothing in common except for their names.

This movie is proof that how vast acting range Richa Chadda possesses in her short acting career in Bollywood.

Love Sonia is a gripping tale of a girl whose sister is sold by her debt-ridden father. She started her journey to find her but get trapped in the flesh trade. The movie is blessed by the notable actors in a supporting role. Richa Chadda played the role of Madhuri, a sex worker.

Ram Leela is a big movie that made Deepika and Ranveer the bankable actors in Bollywood. However, fans also praised the small but noticeable role of Richa Chadda in a movie. If you have doubts about her talents then go and watch the movie.

Richa Chadda can be seen in never look before avatar in the movie Cabret. She plays the role of a small town cabaret dancer who dreams to enter the entertainment and glamor industry. This movie offers sizzling chemistry between Richa and her co-star Gulshan Devaiah.