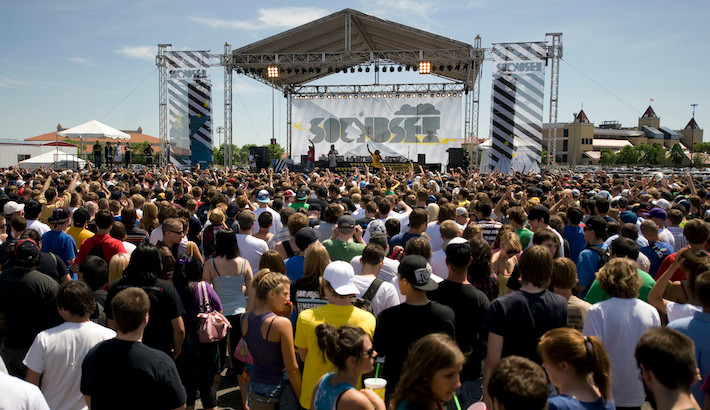 As they have done for the past 12 years, Rhymesayers was set to return to the twin cities for the annual Soundset Festival. In 2019, the festival twelveth installment was led by the likes of Lil Wayne, SZA, Run the Jewels, Black Star, and more. Unfortunately for those who planned on attending the festival this year, the wait will continue into 2021.

As said in the letter, the Soundset Festival helped celebrate hip-hop culture in Minnesota thanks to its diverse lineup that put a spotlight on “rapping, deejaying, breaking, graffiti, live production, skateboarding, and car culture” throughout the hip hop community. Despite the disappointment, the label alluded greater things in the future as it invited readers to “to join us as we begin the next chapter in the Rhymesayers story.”

While an exact reason was not given in the letter, it can be assumed that the decision to cancel this year’s festival was propelled by a desire to focus on the 25th anniversary of Rhymesayers as the letter concluded with a hope to see all at the celebration later this year.

Cracks of division emerge at Shaheen Bagh over leadership