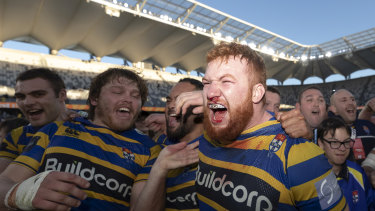 After months of back-and-forth talks and two straight days of negotiations, RA is yet to completely buy out television rights to the Shute Shield it so badly wants to sell as a top-to-bottom package to broadcasters despite reaching an agreement with one half of the owners, Seven Network, late on Wednesday.

As RA chief executive Raelene Castle expressed optimism that Fox Sports would “step into the process” once RA formally opens its broadcast negotiations, it emerged RA promised to pay the Sydney Rugby Union and NSW Rugby $1.45 million over five years for club rugby rights, with $450,000 coming in the first year and $250,000 each year thereafter until 2024.

Fox Sports had put forward a proposal to show every match of the competition live for the next five years either on a main channel or Kayo Sports. But the SRU voted 19-0 in favour of RA’s offer, which was outlined in an email from chief negotiator Shane Mattiske that has been seen by the Herald. 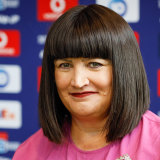 Raelene Castle has a big few weeks ahead of her. Credit:Getty

There is an option, in favour of the SRU and NSWRU, to extend the deal in 2025 – the last year of the SANZAAR broadcast deal.

However, RA also said it would guarantee live free-to-air coverage of the Shute Shield final and one finals match each week as well as one game in every round of the 2020 season, as has been the case in recent years.

Seven, which has been broadcasting matches, would do so again for this upcoming season that gets underway in April.

In 2021, the offer is for at least four regular season matches on live free-to-air, with “any match of the round not covered on FTA being available on RA’s subscription broadcast partner”.

RA is seeking as much FTA exposure for club rugby as possible but ultimately decisions about whether the Shute Shield runs on a main channel, a secondary channel or even streamed is up to  the free-to-air TV network.

The other key incentive put forward was for production costs to be waived not only for a “match of the round” but all other fixtures if they are broadcast.

RA will foot the $300,000 bill the SRU pays each year to broadcasters as well as commit $150,000 per annum in marketing and advertising to promote the Shute Shield.

Sydney clubs were extremely happy with the proposal and now all RA needs to do is come to an agreement with Club Rugby TV, who own the rights in conjunction with Seven.

An RA spokesman said: “Rugby Australia has today made further progress on bringing Sydney’s Shute Shield competition into its ‘whole of rugby’ media rights package from 2021 after reaching agreement with the competition’s broadcast partner, Seven.

Meanwhile, Castle was on Wednesday optimistic Fox Sports would enter broadcast negotiations despite reports it would walk away from rugby.

“We went through a negotiating process with them [Fox Sports] through their exclusive negotiating period,” Castle said at the launch of the Super W competition in Canberra. “Unfortunately we couldn’t get to a place we were both comfortable with, so now we’re in tender and we would expect that as a market process, they would step into that process.

“We’ve put together what we believe is the strongest package of rights and aligned package of rights that we’ve ever been able to do with a whole of rugby solution. That’s attracted some real interest from the market and we’re looking to have tender documents out by the end of the week and that will be a month-long process to allow those bidders to come forward and make sure they have time to consider the offering we have go and step forward with their best offers.”