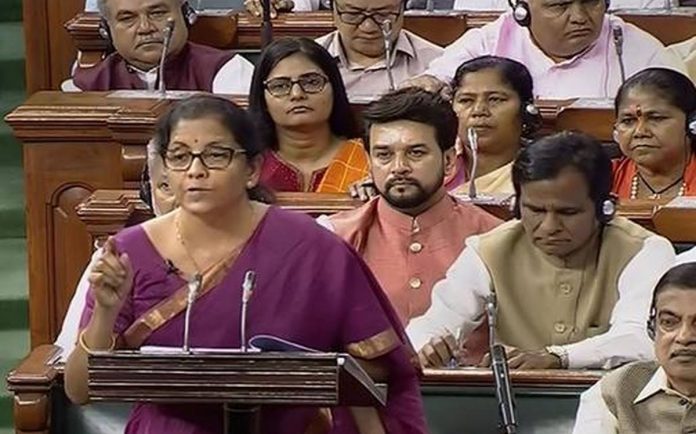 New Delhi: A day after Finance Minister Nirmala Sitharaman said economic growth was rebounding, government data Wednesday showed that industrial output contracted by 0.3 per cent in December while retail inflation jumped to a 68-month high of 7.59 per cent in January on high food prices.

The data released by National Statistical Office (NSO) raised concerns over the sustainability of ‘green shoots’ in economic recovery and underscored the risk posed by inflation, which was cited by the Reserve Bank of India (RBI) for not cutting interest rates earlier this month.

Sitharaman had Tuesday, replying to the debate on her Budget for 2020-21 in both Houses of Parliament, stated that seven indicators, including a rebound in industrial activity reflected in positive IIP growth, pointed towards green shoots in the economy.

Factory output, measured in terms of the Index of Industrial Production (IIP), had posed a modest growth of 1.8 per cent growth in November last year after contracting for three consecutive months of August (-1.4 per cent), September (-4.6 per cent) and October (-4 per cent). But it again contracted in December after manufacturing sector output saw a dip.

The cumulative IIP growth in April-December over the corresponding period of the previous year was 0.5 per cent, the NSO data showed.

The monthly swing in factory output growth between positive and negative territory over the past few months clearly suggests that industrial production is still weak and is showing no signs of stabilising.

Power generation – a barometer for industrial activity – saw a 0.1 per cent drop as against a growth of 4.5 per cent in December 2018.

Alongside, persistently high food prices such as that of vegetables, pulses, and protein-rich meat and fish pushed the consumer price index (CPI) based retail inflation rate to 7.59 per cent in January this year, up from 7.35 per cent in the previous month. This is the highest rate since May 2014 when CPI inflation stood at 8.33 per cent.

The overall food inflation in January was at 13.63 per cent, slightly lower than 14.19 per cent in the preceding month

Commenting on the IIP data, Rumki Majumdar, Economist, Deloitte India said, “The contraction in the IIP in December raises concerns about the sustainability of the green shoots in industrial activities that were visible till last month. This does not bode well for the overall economy as global headwinds already pose significant challenges to overall industries.”

She added: “The large outbreak of the coronavirus in China can adversely impact India as China is one of the largest trading partners. With several factories being closed down in China temporarily, the electronics and auto industry in India will likely be hit because of their dependence on Chinese imports of components and raw materials.”