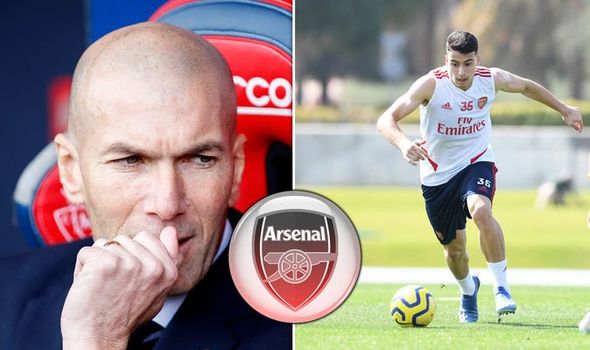 Arsenal striker Gabriel Martinelli is having an outstanding debut season for the Gunners and his performance on the pitch have attracted the attention of several big clubs across Europe. Barcelona had been one of the teams monitoring the Brazilian’s form for the north London club but amid the current turmoil at the Catalan giants, Real Madrid are now preparing to step in with their own pursuit of Martinelli.

According to Spanish publication El Desmarque, Real president Florentino Perez is hoping to exploit the unrest at Barcelona to pip their rivals to signing Arsenal’s Martinelli.

The Gunners signed the 18-year-old from Brazilian side Ituano last summer for a fee of around £6million.

However, before making the move to the Premier League, Martinelli had visited Barcelona to train at their La Masia youth academy but nothing materialised after this visit.

After the trip to Catalonia, Martinelli returned to Ituano, where he was then subsequently signed by Arsenal.

“Shortly before the Sao Paulo Cup I spent a few days training in Barcelona. I spent 15 days there,” Martinelli told Spanish publication Marca.

“Barcelona invited me to train with them in La Masia but afterwards they didn’t want to do anything with me, they didn’t tell me anything.

“I went back to Ituano, I played Copinha and then I came to Arsenal.”

Barcelona are currently trying to resolve the turmoil currently engulfing the club, which came about after a row erupted between Lionel Messi and the club’s director of football Eric Abidal.

Abidal stated players poor performances were to blame for Ernesto Valverde being sacked and after making his comments, Messi then challenged Abidal’s remarks, as the Argentine demanded the Barca chief should name the specific players he was referring to.

The public spat lead to reports that Abidal could be fired and also raised doubts over Messi remaining at the club.

While Barcelona look to move on from the incident, they are also drawing up their list of summer transfer targets and finding a long-term replacement for Luis Suarez it a priority.

The 32-year-old’s current deal at the Nou Camp expires in the summer of 2021. 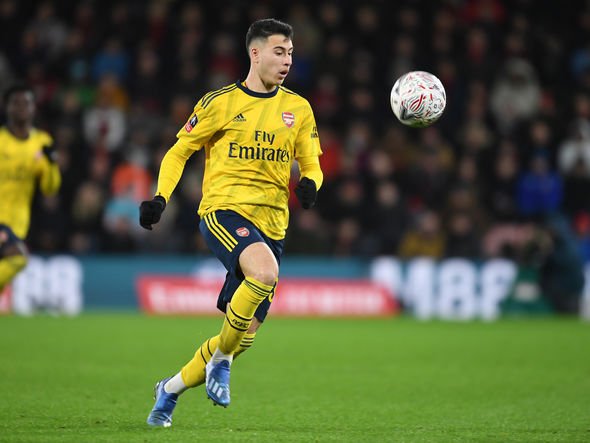 But with issues on and off the pitch, as well as Barca’s conduct towards Martinelli in the past, Real are hoping to make the most of the current situation.

Los Blancos are believed to be in the market for another striker after a disappointing debut season from striker Luka Jovic.

The Serbia international left Eintracht Frankfurt for the Bernabeu last summer, in a deal worth an initial £55m (€65m), but he has struggled to reproduce his form that helped him secure his big money move.

This season the 22-year-old has only managed to score two goals and provide two assists in 23 appearances for Real.

Arsenal will not want to let Martinelli go and one positive for the club is that the youngster is under contract until 2024.

The Gunners have also given him plenty of minutes this season. The Brazilian has made 23 appearances in all competitions this campaign, during which he has scored 10 goals and provided four assists.

However, Arsenal currently sit 10th in the Premier League and face the prospect of not only not qualifying for the Champions League they might face next season without any European football.

This in combination of the interest from Barcelona and Real, could end up tempting Martinelli into trying to secure a move to La Liga at the end of the season.