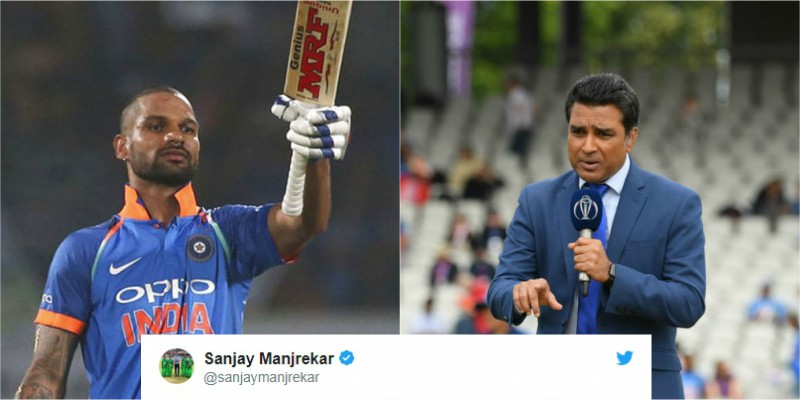 The rivalry between the Indian all-rounder Ravindra Jadeja and commentator Sanjay Manjrekar isn’t hidden from anyone. The enmity began during the 2019 Cricket World Cup and is yet to come to an end.

During one of the games of the CWC, Manjrekar had termed Jadeja a bits-and-pieces player in the commentary box. He said, “I am not a big fan of bits and pieces players which Jadeja is at this point in his career in 50-over cricket. In Test matches, he is a pure bowler. But in 50-over cricket, I would rather have a batsman and a spinner,”

This statement of Manjrekar quite clearly didn’t go well with Jadeja. The 31-year-old all the way to twitter and went on to call Sanjay’s commentary verbal diarrhea. An annoyed Jadeja wrote on his official handle, “Still i have played twice the number of matches you have played and i m still playing. Learn to respect ppl who have achieved.i have heard enough of your verbal [email protected]”

Still i have played twice the number of matches you have played and i m still playing. Learn to respect ppl who have achieved.i have heard enough of your verbal diarrhoea.@sanjaymanjrekar

Ever since then, a rage of antagonism has been created between the two. They have been taking indirect sly digs at each other. In fact, another nail in the coffin was added on Monday.

Post the 2nd T20I of India’s tour of New Zealand, Sanjay Manjrekar tweeted that a bowler should’ve won the man of the match award instead of the actual winner i.e. KL Rahul. The former cricketer was obviously signaling towards either Bumrah, who has bowled exceptionally well in the death overs or Jadeja, who struck 2 wickets & gave just 18 runs in his 4-over spell. Howbeit, instead of disclosing the name, the Mumbai-born simply wrote, “Player of the match should have been a bowler. #INDvNZ”.

Player of the match should have been a bowler. #INDvNZ

In the meantime, Jadeja didn’t leave this chance of trolling his arch-rival and cheekily requested him to reveal the bowler’s name. “What is the name of that bowler?? Pls pls mention ????” the 31-year-old wrote on his official twitter handle.

What is the name of that bowler?? Pls pls mention ????

Sanjay Manjrekar also took this one lightly and said that he was obviously talking about either Bumrah or Jadeja himself.

Ha ha…Either you or Bumrah. Bumrah, because he was extremely economical while bowling overs no 3, 10, 18 and 20. https://t.co/r2Fa4Tdnki