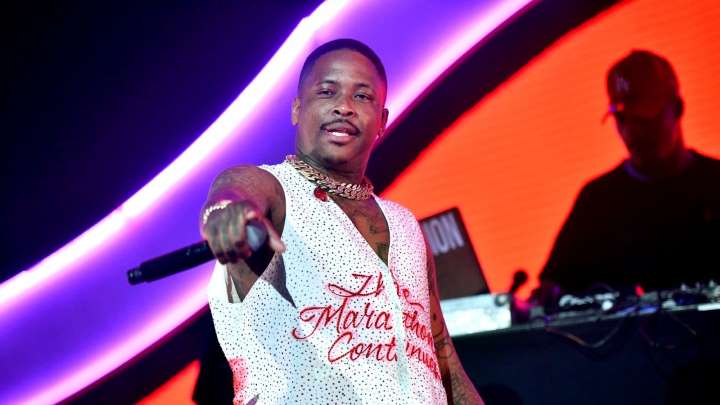 The rapper was booked on robbery charges, with his attorney saying “he was completely caught off-guard.” The Sheriff’s Department did not disclose which particular incident they arrested him for. Hours later, they released him on bail, set at $250,000. His arraignment takes place January 28.

Prior to his arrest, YG was arrested on a robbery charge for an incident in Las Vegas back in 2018. The victim, Benjamin Naderi, sued him for assault, battery and theft, with Naderi later dismissing the assault lawsuit. However, YG still faces three felony charges—felony robbery, grand larceny, and larceny from a person—and is set to go to trial in March of this year.

A Tribute to Nipsey

Hussle spent much of his time working to transform the Crenshaw neighborhood he grew up in. Known as “Neighborhood Nip,” he heavily involved himself in community projects, purchasing the shopping center where Marathon Clothing currently stands. He planned to build affordable housing units, restaurants, start new business ventures and more.

In addition to his ventures, he planned to meet with the LAPD and Roc Nation to discuss how to reduce gang violence in the community. Hussle himself was affiliated with the Rollin’ 60s Crips gang. Sadly, he died the day before the meeting was set to take place.

There has been no word if YG will continue to perform in tonight’s tribute.