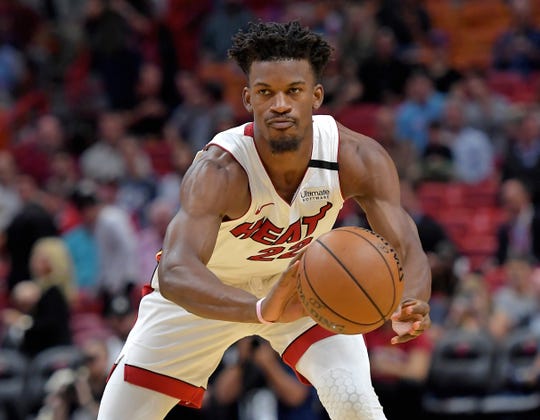 Before they were All-Stars, they were prospects. Of the 10 All-Star starters this year, just two — Los Angeles Lakers teammates LeBron James and Anthony Davis —  were No. 1 NBA draft picks. Among the reserves, Ben Simmons is the only former No. 1 pick.

That means a large majority of this year’s All-Stars outperformed their draft order or silenced doubters by getting to the elite game in Chicago on Sunday (8 p.m. ET, TNT). And for many of those who played in college, their NCAA ceiling didn’t fully foreshadow their rise in the pros.

A look at all 24 of this year’s All-Stars’ draft prospectuses and their NCAA values, ranked based on how they silenced critics with their All-Star selection:

1. Nikola Jokić, Denver Nuggets, C. The Serbian 7-footer was drafted 41st overall in 2014. Despite a strong career overseas in which he was the Adriatic League regular season MVP, Jokić’s potential was a hard read for scouts but Denver saw Jokic at the Nike Hoops Summit in ’14 and was sold.

2. Khris Middleton, Milwaukee Bucks, F. Middleton played three seasons at Texas A&M and was a three-star recruit coming out of high school. He was then drafted 39th overall in the second round of the 2012 NBA draft by the Detroit Pistons.

3. Jimmy Butler, Miami Heat, G. Butler was a two-star recruit and then averaged 5.6 points a game as a sophomore at Marquette. He proved his worth in the next two years spearheading the Golden Eagles as an All-Big East member. Then Butler was drafted by the Chicago Bulls as the last pick (30th overall) of the first round in the 2011 NBA draft.

4. Pascal Siakam, Toronto Raptors, F. The 2019 Most Improved Player, Siakam played at mid-major New Mexico State for two years as the WAC Player of the Year before being drafted No. 27 overall in the 2016 NBA draft. Siakam’s ascension into an All-Star is all the more impressive considering he played in the NBA’s G-League before blossoming.

5. Rudy Gobert, Utah Jazz, C. Snubbed two years in a row when he was a worthy All-Star candidate, Gobert was the 27th overall pick in the 2013 NBA draft. The French 7-footer also spent time with the NBA’s G-League before coming into his own with the Jazz.

6. Kyle Lowry, Toronto Raptors, G. The six-time All-Star was a dynamic guard at Villanova before he was selected at No. 24 overall in the 2006 NBA draft. But his 11 points a game as a sophomore with the Wildcats was hardly indicative of his ceiling. The 6-foot guard worked his way up from backup to starter and eventual champion.

7. Giannis Antetokounmpo, Milwaukee Bucks, F. The reigning MVP showed strong flashes in Greece before he became one of the youngest players ever in the NBA at 18. Because Antetokounmpo hadn’t fully blossomed yet, he fell out of lottery contention in 2013’s draft. The No. 1 pick that year was Anthony Bennett, perhaps the biggest draft flop of all-time. Hindsight stings for the 14 teams that passed on the Greek Freak.

8. Kawhi Leonard, Los Angeles Clippers, F. The two-time NBA champion was drafted as the No. 15 pick in 2011 after a solid career at San Diego State under legendary coach Steve Fisher. But Leonard’s All-America season and Sweet 16 finish with the Aztecs wasn’t enough to fully entice scouts, who tabbed Leonard “hard to pin down” before his entering the league.

9. Bam Adebayo, Miami Heat forward. The big man was the 14th pick in the 2017 draft as a one-and-done prospect coming out of Kentucky. Despite being a five-star recruit and All-American talent for coach John Calipari’s Elite Eight team in 2016-17, Adebayo was overlooked in comparison to his UK teammates De’Aaron Fox (drafted No. 5 overall) and Malik Monk (drafted No. 11).

10. Donovan Mitchell, Utah Jazz, G. Mitchell was an underrated talent at Louisville, where he blossomed into an All-ACC talent as a sophomore and made a fair share of highlight reels. But his rise in the NBA was hardly forecast before he was drafted by the Nuggets with the 13th pick in 2017 and then traded to the Jazz. 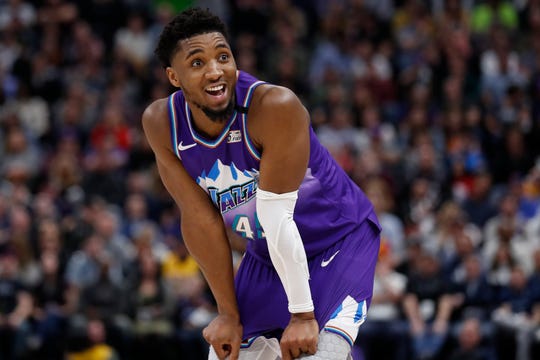 11. Domantas Sabonis, Indiana Pacers, F. The son of Basketball Hall of Famer Arvydas Sabonis, the 6-11 forward shined as an All-American at Gonzaga. But he didn’t compete in the draft combine and wasn’t an obvious lottery pick in 2016 before the Oklahoma City Thunder traded for him on draft night.

12. Kemba Walker, Boston Celtics, G. The ninth pick in 2011, Walker capitalized off an All-American career at UConn where he led the Huskies to a national title the spring before that summer’s draft. Kyrie Irving was the No. 1 overall pick that year, but the seven others in front of Walker haven’t even been close to All-Stars.

13. Damian Lillard, Portland Trail Blazers, G. Playing for a mid-major in Weber State after not being heavily recruited in high school, Lillard didn’t benefit from the same NCAA tournament spotlight as Steph Curry did at Davidson or teammate C.J. McCollum at Lehigh. But his skillset was displayed enough to make him a lottery pick at No. 6 overall in 2012. Anthony Davis was the top pick that year.

14. Trae Young, Atlanta Hawks, G. Young enticed plenty of NBA teams with his Steph Curry flashes, but his shaky defense and a complete collapse in his shooting percentage his freshman year at Oklahoma made some scouts skeptical. Young was drafted fifth overall by the Mavericks before being traded for fellow All-Star Luka Doncic.

15. Russell Westbrook, Houston Rockets, G. The former UCLA product was drafted No. 4 overall in 2008, the year that Derrick Rose went No. 1. While Rose was an MVP, Westbrook has been the better All-Star, having won MVP in 2017 while averaging a triple-double.

16. Chris Paul, Oklahoma City Thunder, G. After a breakout career at Wake Forest, Paul went No. 4 in 2005. Andrew Bogut was No. 1 that year and Deron Williams was drafted ahead of Paul.

17. Jayson Tatum, Boston Celtics, F. Tatum went No. 3 overall in the 2017 draft coming out of Duke but had far less hype than No. 1 pick Markelle Fultz and No. 2 pick Lonzo Ball, both point guards who haven’t inched close to All-Star level.

18. Luka Doncic, Dallas Mavericks, G. Another No. 3 pick, Doncic had an overses portfolio that made it hard to pass on him as the 2018 EuroLeague MVP.  Yet there have been plenty of instances of European players who didn’t pan out. That likely played a role in the Suns and Kings going with safer picks Deandre Ayton and Marvin Bagley III, two non-All-Star big men at this early stage of their careers.

19. James Harden, Houston Rockets, G. The third pick in 2009, Harden was drafted behind Blake Griffin and Hasheem Thabeet. Steph Curry was overlooked at No. 7 in the same draft.

20. Joel Embiid, Philadelphia 76ers, C. The two players in front of Embiid in the 2014 draft, Andrew Wiggins and Jabari Parker, haven’t lived up to the hype the way Embiid has. While he showed flashes of his ability in a breakout year at Kansas, his short NCAA stint hardly captured his overall potential.

21. Brandon Ingram, New Orleans Pelicans, F. Ingram was expected to be as good as he’s now showing, drawing Kevin Durant comparisons on draft day after a season at Duke. He went No. 2 behind Ben Simmons in 2016.

22. Ben Simmons, Philadelphia 76ers, F. Speaking of Simmons, the LSU sensation went No. 1 despite not playing in the NCAA tournament with a mediocre Tigers squad. While Simmons showed his versatility at the NCAA level, it took elevating his game to the pros to show his ability to run point with such ease.

23. LeBron James, Los Angeles Lakers, F. James was perhaps the most hyped player ever when he went No. 1 in 2003. Needless to say, he’s delivered.

24. Anthony Davis, Los Angeles Lakers, C. Davis was the national player of the year in college basketball, the most outstanding player of the Final Four after leading Kentucky to a national title, and will go down as one of the greatest college players of all-time despite just one season in Lexington. Since he’s come into the league, he’s been at an All-Star level and continues to show his MVP ability.