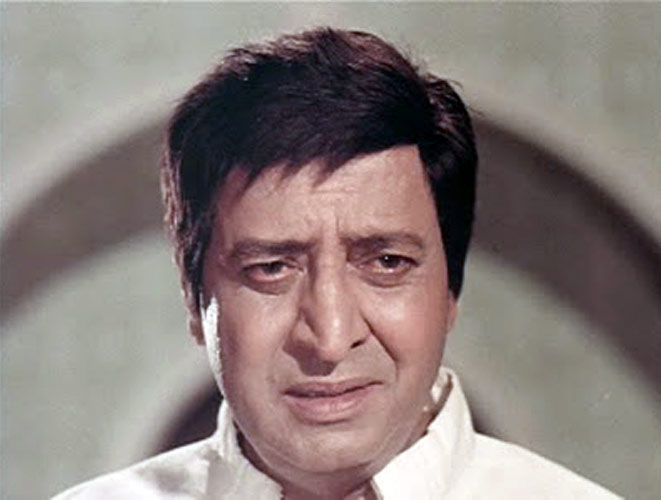 Mumbai: Actor Pran will celebrate his 100th birth anniversary February 12. He was born in 1920 in Lahore, Lakshmi Chowk. His real name was Pran Krishna Sikand. After entering films, he named himself Pran.

His father had a transferable job and so Pran studied in various places, including Dehradun, Kapurthala, Meerut and Unnao (Uttar Pradesh), finally completing his matriculation from Hamid School, in Rampur (UP). Thereafter, he joined A Das & Co., Delhi as an apprentice to become a professional photographer.

In 1940, writer Mohammad Wali saw Pran standing at a paan shop in Lahore and he signed him for his Punjabi film Yamla Jat.

It was Pran’s first film and was an instant hit. Pran, who emerged as a villain in the Lahore film industry, got his first break in Hindi films Khandaan in 1942. He had become a famous villain by that time.

After independence, he left Lahore and moved to Mumbai. It was a time of struggle for him.

With the help of writer Saadat Hasan Manto and actor Shyam, Pran got a role in the Bombay Talkies’ film, Ziddi which starred Dev Anand and Kamini Kaushal and was directed by Shaheed Latif.

Pran appeared in the role of a villain in all the films of this decade.

Pran had suggested Amitabh Bachchan’s name to director Prakash Mehra to play the character of Vijay in the film Zanjeer. This film had turned Amitabh’s fortunes. This character was earlier rejected by Dev Anand and Dharmendra. Pran also played the role of Sher Khan in the film for Amitabh’s friendship.

Pran has won the Filmfare Award for Best Supporting Actor thrice. In 1997, he was awarded the Filmfare Life Time Achievement Award. Pran was honoured with the Padma Bhushan of the Government of India in 2001 and in 2013 he awarded Dadasaheb Phalke for his contribution to Hindi cinema.

On personal front, Pran married Shukla Ahluwalia 18 April 1945 and has two sons — Arvind and Sunil Sikand, and a daughter — Pinky.

He was treated at the Lilavati Hospital and died 12 July 2013. He had been admitted to hospital a few times in the last few months for deteriorating health; at some point he was battling pneumonia.

As long as he was alive, helping other was his top priority. Apart from Amitabh Bachchan, Pran had also helped Raj Kapoor once.

Pran used to charge huge fees for every film. His fee was more than the hero’s, but he signed Raj Kapoor’s film Bobby for just one rupee. During that time, Raj Kapoor was struggling with financial crisis. Eyeing this, Pran did not charge a fee.