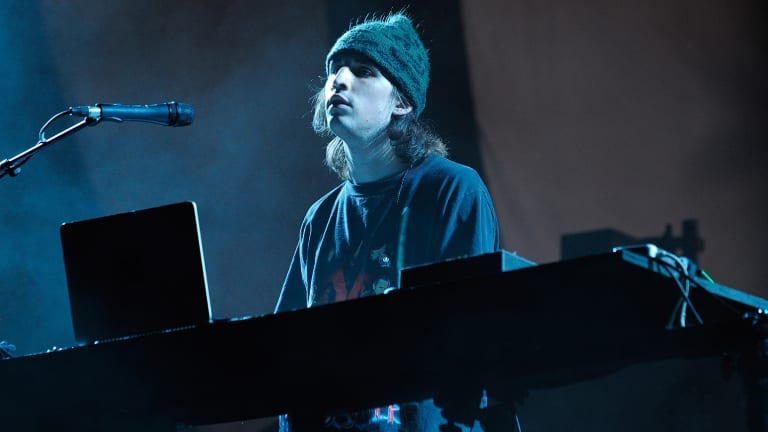 Nearly 6 years after the release of Porter Robinson’s groundbreaking debut 2014 album, Worlds, the industry-leading producer is finally ready to unveil his sophomore LP, Nurture. The 27-year-old artist announced to Twitter on Tuesday the album would release sometime in 2020. The lead single, “Get Your Wish” will be revealed tomorrow on Jan. 29 alongside an official music video.

When Robinson debuted his 12-track, hour-long debut LP, Worlds, it was clear the self-taught producer was going to change the electronic scene indefinitely. The album shot to the #1 spot on Billboard’s Dance/Electronic chart and was celebrated by fans and top tastemakers globally. Since the release of the legendary album, fans have long-awaited the follow-up.

Though there has been a 6-year gap since an album release, Porter Robinson has remained one of the most influential electronic acts within the last decade through his innovative ideas and philanthropy acts. The North Carolina-native spent 2019 curating his own Second Sky music festival and using the money made from it to start The Robinson Malwai Fund. The charity was designed after his brother battled an aggressive form of cancer, Burkitt Lymphoma.

“He had a mass in his abdomen that was doubling in size every 24 hours,” Robinson said. “Mark is pretty much my best friend – it was utterly devastating and one of the most difficult things I’ve ever been through.”

Porter Robinson is kicking off the new decade even stronger, recently announcing a collaboration under his Virtual Self alter-ego with Japanese brand, Chloma. Together, he and the high-end fashion brand have designed a five-piece collection including a skirt, parka, t-shirt and more. The prices range from $150 up to $550, with one item even selling out during the pre-order.

Along with the clothing collaboration, Robinson also revealed a Virtual Self artbook. The moniker, which was debuted in 2017 with a self-titled EP, focused heavily on tech-infused visuals and live performances. The 88-page artbook will feature early logo concepts and exclusive visuals.

“Virtual Self is as much about visuals as it is about music,” he wrote to fans on Twitter. “So, I wanted to document the vast amount of unused art that was made for the project.” The artbook is in collaboration with DV-i, Shun Kinoshita, iyomaroo, Ghostdad, Mark Change, Arixant, and more. Limited copies of 2,000 will be sold.

At the time of writing, there is no known official release date for Nurture. The lead single, “Get Your Wish” will premiere on Porter Robinson’s YouTube channel at 11 am PST.