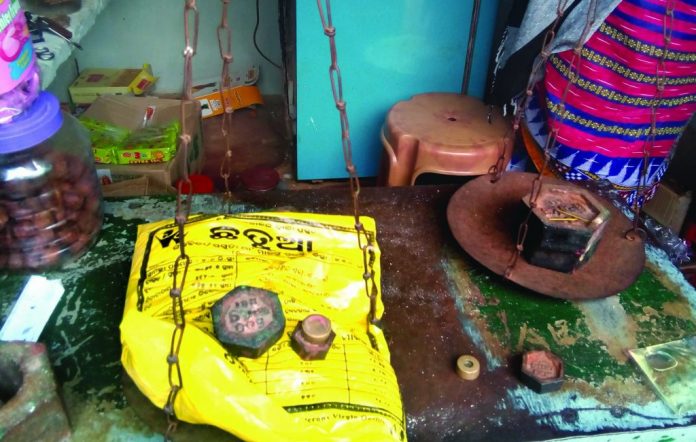 R Udayagiri, Feb 10: Locals here have alleged of severe irregularities in the supply of chhatua (sattu) packets to several Anganwadi centres of R Udayagiri block in Gajapati district and demanded a Vigilance enquiry. Similar allegations were leveled years back about dal being infested with insects supplied across the block.

According to sources, the block has 230 Anganwadi centres and 185 mini Anganwadi centres, where 418 workers are engaged in the distribution of sattu packets. As per the norms of government, 2.205 kg of sattu is given per child in the age group of six months to three years and 4.410 kg for pregnant mothers every month.

Four self-help groups (SHGs) in Gajapati district have been entrusted the charge of supplying sattu packets to all Anganwadi centres of R Udayagiri block. However, 100 gm of wheat, 20 gm of yellow pea, 15 gm of groundnut and 25 gm of sugar are added for preparing the right mix of flour for children in the age group of six months to three years.

Likewise, 125 gm of wheat, 30 gm of yellow pea, 20 gm of groundnut and 25 gm of sugar are added for preparing the right mix of flour for mothers who are expecting. Moreover, provision is there to supply 549 gm of groundnut laddu, 1.350 kg of halwa and 80 gm of sunflower oil.

It has been alleged that, the SHGs concerned do not supply sattu packets in right mix of flour and other ingredients, thereby flouting guidelines of the Odisha government. Sattu packets are said to be of inappropriate weight also. However, the state government has constituted district-level squads including block officials for inspection of SHGs.

After getting information on irregularities, Orissa POST correspondent visited the Anganwadi centre at Bhaliasahi under R Udayagiri block during distribution of sattu packets to beneficiaries. It was found that the distributed packets were not of right weight as prescribed.

On being contacted, R Udayagiri Child Development Project Officer (CDPO) Abida Parveen said, “So far, no one has complained before me regarding this issue. However, I will give necessary instructions to SHGs concerned to replenish stock, where there is short supply.”

The centre supervisors will be asked to conduct investigations and SHGs found guilty will be warned accordingly, CDPO added.