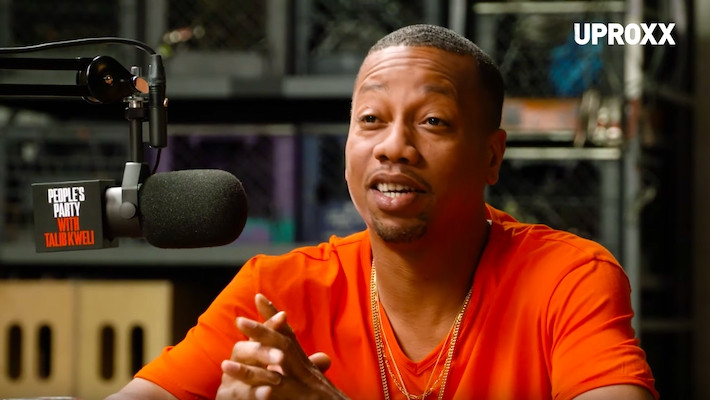 Fresno, California MC Planet Asia drops by the latest episode of People’s Party With Talib Kweli to chop it up with the veteran rapper about beats, rhymes, life, and the Five Percent Nation. The NorCal rapper has been a staple of the local underground scene for well over two decades, performing with Rasco as the duo Cali Agents and releasing dozens of albums and mixtapes, collaborating with elevated rap mainstays ranging from fellow former People’s Party guest Murs to rising Griselda Records star Westside Gunn.

The prolific Planet Asia spends some time talking about his projects and the early range of his long-lived career before the topics get heavier. He helps Kweli break down the meanings of certain Five Percenter terms and the two discuss feminism, toxic masculinity, and white supremacy. He also tells a story about meeting DJ Premier at just 15 years old, “bum-rushing” a show at the Fresno Fairgrounds featuring an all-star lineup including Gang Starr, E-40 And The Click, Big Daddy Kane, and X-Clan which was shut down due to lack of funds.