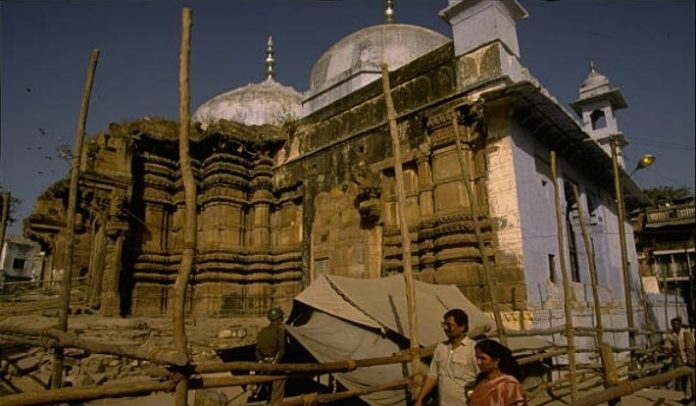 As the Ram Janmabhoomi movement was at its peak, the Narasimha Rao govt at the centre had brought a new law with a motive to prevent Ram Janmabhoomi-like reclamation movements by Hindus in India. This law was the Places of Worship (Special Provisions) Act 1991. This article wishes to shed some light on what this act is and how it is a hurdle in the reclamation of Hindu temples.

The govt at the time of passing this act presented it as a piece of legislation protecting the secular fabric of the nation. But what it actually does is to bar Hindus, Jains, Buddhists in India whose places of worship were desecrated, destroyed and converted into mosques by Muslim invaders, from reclaiming their dignity and honour. The act protects mosques in Kashi, Mathura and innumerable other places in this country that were built on the ruins of Hindu temples.

The act is a piece of colourable legislation. Legislature transgressed its legislative power and brought this law that attempts to negate the aggressions and extremism of Islamic invaders and tries to force injustice in the guise of secularism.

This provision does not prescribe any date from when a person is barred from committing act of such conversion. If it intends to prevent persons from committing the act of conversion from the commencement of this act, the declaration of character of places of worship freezing on 15 August 1947 becomes pointless. The act does not explain what happens to acts of conversion committed from 15 August 1947 to 11 July 1991 i.e., the date of commencement of this act. This ambiguity leads to violation of the fundamental right under Article 20(1).

Read- India has charted new territories with the Ayodhya verdict: What the future holds now for other temple causes?

Further, the act abates suits and legal proceedings in retrospection which is unjust, unreasonable and arbitrary.

The most problematic provision of the act is the one that bars future suits and legal proceedings with respect to the conversion of any places of worship. And at the same time, it allows suits and legal proceedings if it is regarding conversion of a place of worship after 15 August 1947. So, if Hindus wish to reclaim temples in Kashi, Mathura and other temples they are barred. Such claims will be maintainable only if it can be proved that the place of worship contains or is believed to contain ruins or relics of historical and archaeological importance which have been in existence for not less than 100 years. But if Hindus had already restored any temples after 15 August 1947 that were earlier desecrated and destroyed, legal proceedings will lie.

This is morally unjust, legally arbitrary and ultra vires the constitution as no machinery is provided for dispute resolution. By baring future suits and proceeding, there is the extinction of remedy. This is beyond the powers conferred by the constitution on the legislature.

Read- Perils of historical amnesia : Hindus have forgotten about a thousand years of Islamic persecution

The act deserves to be struck down and declared ultra vires the constitution. The honourable Supreme Court lauding this act in the Ayodhya judgment said that ‘historical wrongs cannot be remedied by the people taking law in their own hands.’

This act by barring legal action forces people to take law in their own hands to remedy the historic wrongs. The Apex court in the judgment also said that ‘cognisant as we are of the history and of the need for the nation to confront it, independence was a watershed moment to heal the wounds of the past.’

What the Apex court might not have realised is that independence healed the wounds inflicted by the British. But the wounds that were inflicted on this civilization by years of Islamic invasions cannot be healed until justice is done. The Places of Worship Act thus must go, either by being struck down by the court or by being repealed by the parliament.

Advocate. Currently practising in the Bombay High Court at Mumbai.