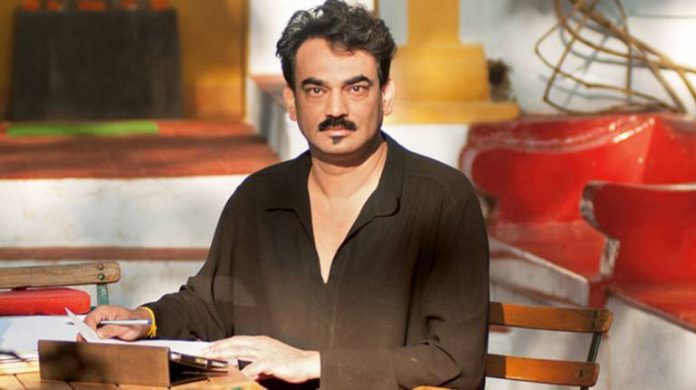 Panaji: Internationally-famed fashion designer Wendell Rodricks passed away Wednesday evening at his home in Colvale village in Goa. He was 59.

Deputy Superintendent of Police (Mapusa) Gajanan Prabhudesai said information about Rodricks’ death was received around 6.30 pm and a team was immediately sent to his residence. He said Rodricks died after collapsing at his residence, adding the cause of death is yet to be ascertained.

Born in Mumbai, Rodricks studied fashion designing in the US and France from 1986 to 1988. He is often credited for pioneering the concept of ‘resort wear’ when it was not a popular idea in India. He worked on the planning of the first ever Lakme India Fashion Week and often showcased his collections at the fashion weeks.

In 2010, he revived the weaving of the traditional ‘Goan Kunbi Sari’ and showcased the design at the Wills Lifestyle India Fashion Week.

Goa Health Minister Vishwajit Rane was among the first to tweet about Rodricks’ death.

“Deeply saddened to hear about the sudden demise of my very good friend and designer, Wendell Rodricks. His excellence in his work and skills are irreplaceable and shall always be cherished. We will truly miss him. My heartfelt condolences to his family & dear ones,” Rane posted.

“I still can’t believe that he is dead. I spoke to him just two days ago and invited him for our finale. I was also working with him on his museum. He has died too young. Entire fashion industry is shocked. I got to know that he suffered a heart attack. People did notice a little change in his health, but nobody realised it will lead to this. It’s too sudden. He was a legend,” Sethi stated on the sidelines of the ongoing Lakme Fashion Week in Mumbai.

A tribute was also paid to Rodricks at the fashion event later in the evening.

Union Textiles Minister Smriti Irani also condoled Rodricks death. “Shocked to hear about the untimely demise of Wendell Rodricks, one of India’s most renowned designers. My heartfelt condolences to his loved ones. May his soul rest in peace,” she tweeted.

Apart from fashion, Rodricks was a known travel enthusiast with he and his partner Jerome Marrel travelling to many countries. He was also an author, having written books like ‘Moda Goa – History and Style’, his memoir ‘The Green Room’ and ‘Poskem: Goans in the Shadows’.

Fashion designer Rina Dhaka said she was ‘devastated’ to know about Rodricks’ passing away.

“I had known him since ’90s. It is a great loss. He was a brave man and always vocal about his views and worked a lot for the local people of Goa,” Dhaka said.

Designer Samant Chauhan said, “It’s a very sad news. I remember how inspiring he was, a perfectionist. I really admired him both as a person and a designer.”

Others also expressed their sadness.

“Shocked and heartbroken. Much too young to go like this. Just can’t believe it,” tweeted Soni Razdan.

“Really sad to hear about the passing of Wendell Rodricks, fashion designer, activist, a son of Goa and a wonderful human being,” musician Ehsaan Noorani tweeted.

Director Madhur Bhandarkar, in whose film Fashion Rodricks had a role, said the designer’s death came as a shock while designer Rahul Mishra called Rodricks’ death a ‘personal loss’.

Film director Onir tweeted, “Absolutely shocked and heartbroken to hear about my friend @wendellrodricks sudden demise. Sad that this happens when he was about to open his dream project… the museum of costumes in Goa. Loving and warm…will always cherish the week I spent with him this November in Goa.