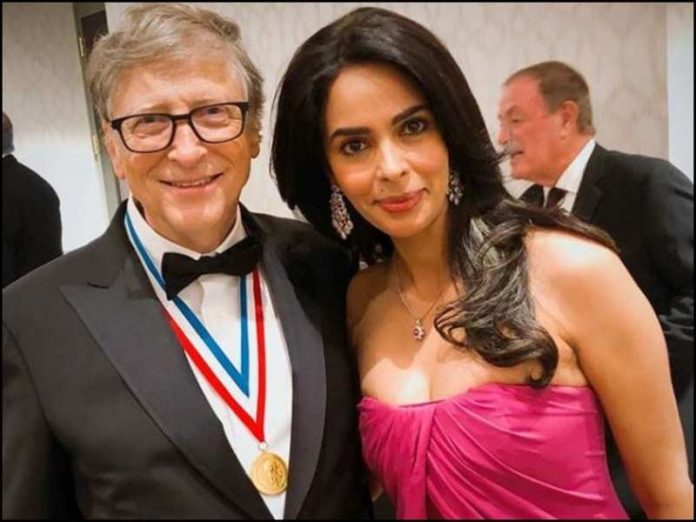 Mumbai: Gorgeous actress Mallika Sherawat is one beauty who is very active on social media. Now recently Mallika met Bill Gates. Mallika herself shared a picture that has now been going viral on social media.

Mallika also shared the experience of meeting Bill Gates and talking to him. While sharing the photo, Mallika wrote, ‘I had a conversation with Bill Gates about female empowerment. She said Bill Gates inspires her a lot.

Talking about Mallika’s professional life, she has last seen in the last Ekta Kapoor’s web series Boo Sabki Phattegi. Mallika made her digital debut with this series. Along with were stars like Tusshar Kapoor, Krishna Abhishek, Kiku Sharda, Shefali Jariwala, Sakshi Pradhan, Shweta Gulati, Anil Charanjeet and Sanjay Mishra in the series.

A few days ago Mallika also appeared in the show Bigg Boss hosted by Salman Khan. During this, Mallika flirted with Salman a lot and the audience liked her a lot.

By the way, Mallika is also in the headlines for her personal life for some time. There are reports that she is dating a French businessman. Mallika met him in Paris. There are also reports that the two may get married soon.