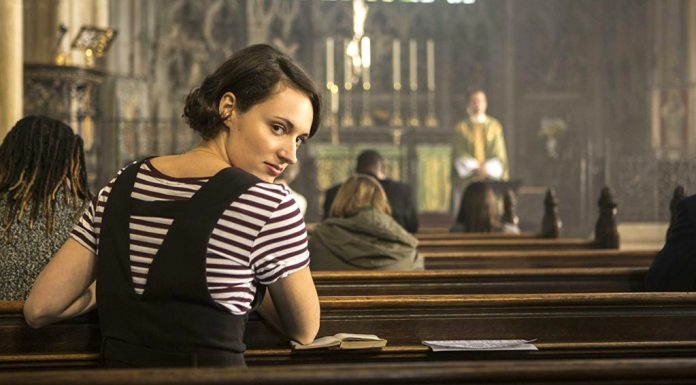 No Time to Die has had a troubled production, but between the cast (including newcomers Rami Malek and Ana De Armas, the next “worldwide sensation”), the director (Cary Joji Fukunaga), and the Billie Eilish theme song, there’s still genuine excitement for the 25th film in the James Bond franchise. It also helps that Phoebe Waller-Bridge co-wrote the script. The Fleabag creator, who was brought on board to “polish” the screenplay, explained what that process was like in an interview on “The Chris Evans Breakfast Show” (no, not THAT Chris Evans, the one without the sweater).

“[I was asked to do] dialogue polishes and to offer things really. It’s about just offering different alternatives,” Waller-Bridge said. “They did give me some scenes and then be like, ‘Can you write some alternatives for this or have another idea about where it could go in the middle or how it would end?’ And then I would just give them options and various scenes and then they would take what they want.” The Killing Eve creator is quick to note that she’s one of four credited screenwriters, along with Fukunaga, Neal Purvis, and Robert Wade, and that star Daniel Craig “is really, really involved from the beginning. [I had] so many great conversations with him about it, constantly in touch with him about it. So it’s a big sort of melting pot of everybody’s ideas the whole time.”

You can credit Waller-Bridge for the good scenes, and blame Craig for the bad scenes. He won’t care — he’s done with James Bond after this movie, anyway. No Time to Die, which also stars Léa Seydoux, Ben Whishaw, Naomie Harris, Jeffrey Wright, Christoph Waltz, Ralph Fiennes, and Lashana Lynch, opens on April 10.