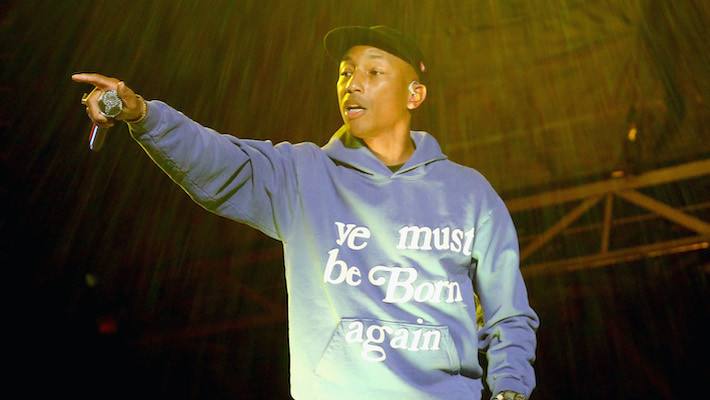 When Tyler The Creator won the Best Rap Album Grammy for Igor Sunday night, he made sure to shout out one of his biggest inspirations in his (over-long) acceptance speech. “I don’t know if he’s here, but I really wanna thank Pharrell Williams,” he said. “Because, again, growing up, feeling left and center to a lot of stuff that I saw on TV, that man has allowed me to be comfortable with myself, and has opened up doors that you guys cannot imagine. So thank you, P.”

Pharrell didn’t let the moment go unacknowledged. A Grammy winner multiple times over himself, Pharrell knows exactly how Tyler feels, but made sure to remind him to thank the most important person in his rise to success. “It happened because you saw it in your mind and no one could tell you different,” he tweeted. “The will is a powerful thing.” He signed off with a phrase that Tyler coined a decade ago as he first ripped his way onto the scene: “Wolf Gang KTA.
Congratulations.”

It happened because you saw it in your mind and no one could tell you different.
The will is a powerful thing.
Wolf Gang KTA.
Congratulations. pic.twitter.com/PCtNKBZuZG

Meanwhile, Tyler took the opportunity of his post-win press conference to call out the Grammys for unfairly categorizing difficult-to-classify albums by Black artists as “urban,” or “rap,” effectively putting a limit on how big an award they can expect to win.