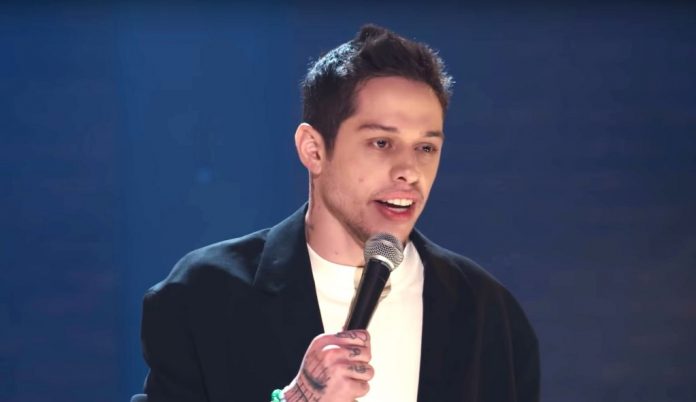 Pete Davidson has made headlines for, well, Pete Davidson has made headlines for many reasons. For becoming one of the youngest cast members in SNL history. For calling off his engagement with Ariana Grande, inspiring the song “thank u next” (and “Pete Davidson,” obviously), and also dating Larry David’s daughter Cazzie. For joking about checking into rehab. For his “big dick energy.” And for making his fans sign $1 million non-disclosure agreements before a recent comedy tour, the same tour where he filmed his first Netflix special, Pete Davidson: Alive From New York.

In the trailer above, Davidson shares his views about being a straight man who’s friends with gay people. “I don’t think there’s a more honest relationship between a gay dude and a straight dude because there’s just nothing to gain,” he jokes before theorizing that there’s “always one gay friend that I don’t think is f*cking gay at all. It’s that gay dude that will, like, run up on your girlfriend and squeeze her boobs and slap her ass and be like, ‘Damn girl, you look great!’ I don’t find that f*cking funny — like at all.”

Besides touring and SNL, where he recently got a drag makeover from RuPaul, Davidson will also star in the semi-autobiographical The King of Staten Island, directed by Judd Apatow. The comedy premieres at SXSW before an official release on June 19.