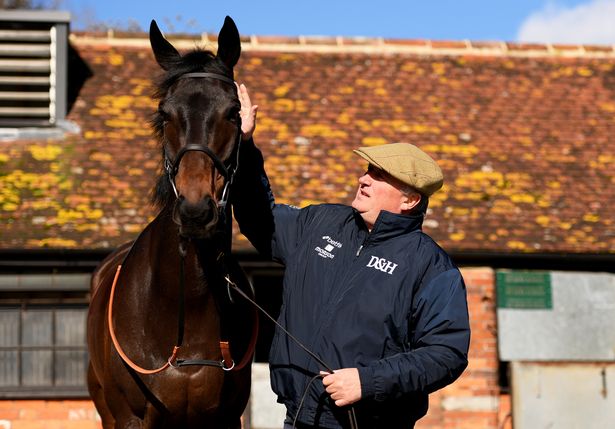 With four Magners Cheltenham Gold Cups in the bag, Paul Nicholls is not short of confidence about Clan Des Obeaux making it five.

After parading the dual King George VI Chase winner at his stables in Ditcheat yesterday, Nicholls said: “He would be my best chance at the Cheltenham Festival.

“Clan (ridden by Harry Cobden) was one of eight horses we took to Wincanton this morning, and he did a proper workout with Frodon over two miles. I was thrilled with this lad. He has had a great preparation.”

Victory for Clan Des Obeaux, the fifth home behind Al Boum Photo in last year’s race, would add to his trainer’s impressive record in the race that include Denman, Kauto Star, twice, and See More Business.

The champion trainer is also flagging up the chances of Solo in JCB Triumph Hurdle.

“He has a mark of 157, which is not far off some of the horses in the Champion Hurdle,” said his trainer. “It would be interesting with an 8lb four-year-old allowance in the race, but he will run in the Triumph Hurdle.

“That’s his job and he should go very, very well.”

Nicholls was not shy about revealing that he has backed Dynamite Dollars in the Queen Mother Champion Chase at 33-1.

“He won’t mind if it keeps raining and is a real lively outsider in my book,” said his trainer. “He does not need to improve too much on his Newbury run (third to Altior) to be in the right mix, and he is bound to improve on that run.”

Nicholls also believes Frodon is now in the right place to make it back-to-back victories in the Ryanair Chase. 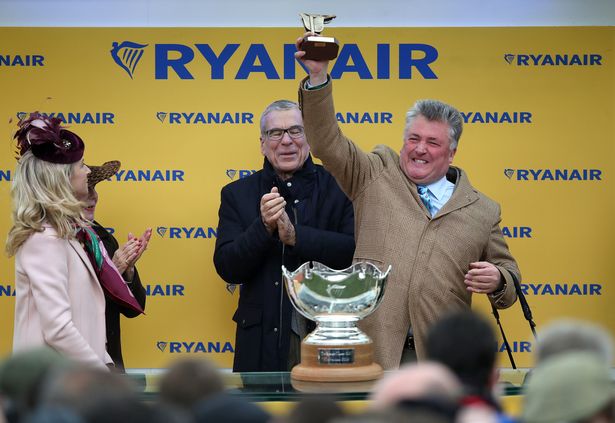 “He had ulcers before Christmas,” explained his trainer. “But showed that he’s now back to best after winning at Kempton in January.”

Thyme White gets a vote confidence in the Boodles Juvenile Handicap Hurdle.

“He has a rating of 133 and I think he can do something off of that mark,” added his trainer. “He’s progressing and the Boodles is a race (won the race three times) we have done well in. I would think this lad will have a leading chance.”