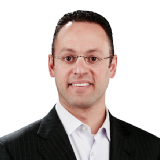 “To me, the best thing for Stiddy was that he had to go against our defense every week. He didn’t have it easy,” McCourty said Sunday night on his “Double Coverage” podcast with twin brother and teammate Jason McCourty. “I love his poise. I would be faking a blitz sometimes and we’d make eye contact and he’d just start smiling and laughing.

“To me, there were weeks where he was just on-point. And those were some of our best weeks as a defense, mainly because Stiddy ate us up in practice leading up to the game, and I think put more pressure on us. So I really admire just how hard he works, and then I’ve got to know him off the field as well. He’s a really good guy. Young guy, but very mature. He’s married. I think the Stidhams are going to be in New England for a long time.”

The 23-year-old Stidham, a 2019 fourth-round draft choice out of Auburn, spent his rookie year as Brady’s top backup after beating out veteran Brian Hoyer last preseason.

The Patriots re-signed Hoyer, 34, to a one-year contract on Sunday after Hoyer was released by the Indianapolis Colts the day before. Fifth-year veteran Cody Kessler is the third quarterback on the current Patriots’ roster.

On his podcast, McCourty described how Stidham performed in practices last year, with coach Bill Belichick testing him regularly. One example was how Stidham would run the scout-team offense, with a goal of replicating what the opposition does, only to have Belichick change things up on him. At the same time, McCourty said, defensive players would be trash-talking to Stidham.

As for Brady departing, McCourty joked on the podcast that he was enjoying a glass of wine to celebrate his 10 years as teammates with him. He later acknowledged, when discussing how he looks forward to the challenge of winning games in 2020, “You see a guy like Tom leave, I think it really puts things in perspective, so we’ll really have to zero in and have to find ways to win as a team.”

McCourty was pleased to see Hoyer return for his third stint as a Patriot.

“He has a veteran presence. He’s played on multiple teams. He knows our offense very well,” he said on the podcast. “I think he’ll bring experience and knowledge, and if he has to go out there and play, he’s going to compete at a high level. Or if it’s coaching up young quarterbacks, I think he’s a guy that’s going to be very necessary to have in our locker room.”

Jason McCourty echoed similar thoughts, adding, “I think it’s huge. Us two as older guys, you appreciate having that type of experience in a locker room, and more importantly, in your position room. For Stidham and Brian and Cody, all those guys in the room, it’s a wealth of knowledge.”