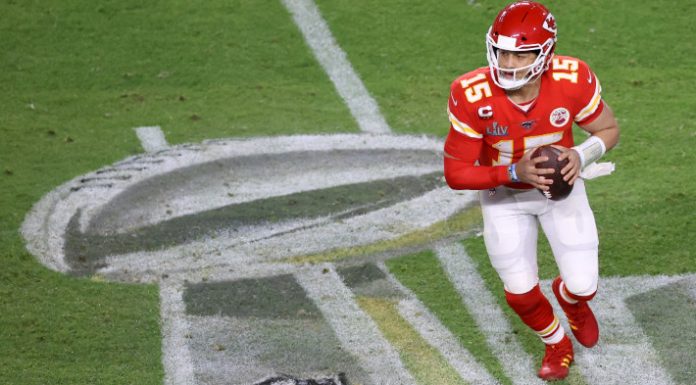 The Kansas City Chiefs have torched their first two playoff opponents in the Texans and Titans en route to the Super Bowl, simply overpowering them in shootouts.

On Sunday night in Miami, however, Patrick Mahomes and company struggled to find that level of success against the incredibly stout 49ers defense. The Chiefs found themselves tied 10-10 going into the half after being unable to find the endzone more than once, and while Mahomes had a touchdown on the ground, he was shut out of finding pay dirt through the air. On the other side, the Chiefs defense was holding up its end of the bargain, but the tension was palpable as the third quarter arrived.

San Francisco took a 13-10 lead with a Robbie Gould field goal, and after the Chiefs had a promising start to a drive, Nick Bosa got a strip of Mahomes. While Mahomes somehow recovered, forced a third and long.

It was here that Mahomes made one of the worst decisions of his young career, in a rare moment where his preternatural field vision was simply not working, as he threw the ball right at Fred Warner.

The throw was even more baffling from the reverse angle, as Warner was always in the throwing lane and Mahomes simply threw it right at him. The Niners would capitalize on the miscue, marching down the field for a touchdown on a Raheem Mostert run from the one that gave San Francisco a 20-10 lead as time started to become a factor late in the third quarter.